LV= and Horwich Farrelly have secured the convictions of a solicitor and a doctor after they assisted with a fraudulent insurance claim.

Kamar Khan and Dr Asef Zafar were both given custodial sentences after being found guilty of contempt of court.

They presented fake medical documents on behalf of a claimant as evidence to back-up a personal injury claim.

Horwich Farrelly began investigating the group after a claim was brought against LV= by a Mr Iqbal who had been involved in a road traffic accident in December 2011. Mr Khan, Director of Taylor, Knight and Woolf, was acting on behalf of Mr Iqbal and arranged for a medical examination by Dr Zafar, of Med Admin Limited.

Iqbal attended the examination and told Dr Zafar that he had recovered from his injury within a week.

Zafar, along with Khan then orchestrated a second report, stating the pain was lasting between 6-8 months.

When investigating, Horwich Farrelly was only presented with the altered report, but both the initial correct and the exaggerated reports were submitted to the courts in error by an unqualified paralegal in August 2013.

At the contempt hearing, Mr Iqbal said he was told by his solicitors to “follow” the revised medical report in court in order to prove their case.

When the case was exposed, Khan and Dr Zafar tried to cover their tracks by going back on previous statements and denying involvement. However, Horwich Farrelly was able to produce the hard evidence to prove otherwise.

As a result, Khan was sentenced to 15 months in prison, while Dr Zafar was given a six-month suspended sentence.

Judge Justice Garnham said that by investigating this “LV= had done the Court a service.”

He added: “Critical to the operation of our system of justice is the trust that courts have to place in solicitor and expert witnesses.

”Those who make false claims should expect to go to prison. Solicitors and expert witnesses who act dishonestly in the evidence they give to the court, whether in support of such claims or otherwise, must expect a similar outcome.”

In terms of motivation Justice Garnham stated on Mr Khan: “I have no doubt your motivation was greed pure and simple.”

And on Dr Zafar: “You were motivated first by your desire to keep the report writing factory you had devised running at full capacity so as to continue making the astonishing profit you told me about and then by the cowardly desire to cover up what you had done.”

Commenting on the case, Martin Milliner, director of claims at LV=, said: “Whilst this case has taken a considerable amount of time, effort and cost, it has been worth it in order to send a stark warning to the “professional enablers” of fraudulent claims.

”We place a lot of trust in our lawyers and doctors to act with integrity, which makes it even more shocking when they behave in such an unscrupulous way.

”LV= is always prepared to stand up to fraudsters to protect the premiums and the rights of our honest customers.”

Ronan McCann, partner at Horwich Farrelly, added: “A case of this nature is unprecedented. The public’s trust in both the medical and legal profession has been severely let down.

”It took a herculean effort to get behind issues such as legal privilege and confidentiality but we managed to unearth a fraud and tackle professionals who sought to assist in the bringing of a fraudulent claim, focusing on profit as opposed to their overriding duties to the public and court alike.

”This case has taken over 5 years to reach its conclusion and it would have been very easy for LV= to walk away on any number of occasions, but they insisted on fighting for the principles involved.” 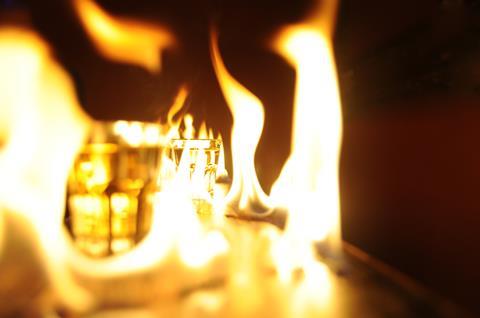