Firms’ D&O exposure may not be understood – QBE

Many senior leaders could find that they are not covered in the event of a claim, says insurer

Senior leaders may not understand their own directors’ and officers’ (D&O) exposure, according to new research published by insurer QBE today (26 November 2021).

The survey, which polled 500 senior decision-makers in the UK, found that only 35% of respondents believe they are adequately covered in the event of a D&O claim being made against them. One in five wished there were more structures in place to protect them.

D&O insurance is intended to protect company leaders from personal losses if they are sued as a result of serving as a director or as an officer of a business or other type of organisation. Typically, it covers the cost of defending legal proceedings and investigations, damages if the individual is found liable, as well as civil fines and penalties.

QBE noted that although D&O claims have been increasing in recent years, this trend is now likely to be accelerated - and many senior leaders may find that they are not covered in the event of a claim.

For example, one of the key considerations for executives is the extent to which D&O policy limits are shared between individuals and corporate entities. 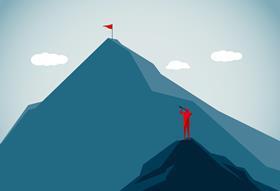 Geoff de Mallet Morgan, head of financial lines for QBE International, said: “Whilst we see increasing executive engagement in the process, it is a concern that when the social pressure for accountability is higher than ever, some senior leaders may not be aware of this distinction.

“If individuals are relying on the D&O policy for personal protection, then it can be well worth the investment of time to ensure the details of the insurance cover reflect the expectation of performance.”

The research additionally found that 64% of senior leaders believe their remit and responsibilities within their job roles have increased in the past five years, with 26% saying these had increased significantly.

The most common reason behind this is the increased use of technology and an “always on culture”, cited the findings.

Mallet Morgan added: “Not only are senior leaders more likely to be held to account if something goes wrong, but the breadth and depth of their responsibilities is increasing.

“This can naturally place greater pressure and stress on these individuals and as our research shows, this can lead to mistakes and the possibility of claims as a result.”

In addition, 49% of respondents have felt under pressure over the past 18 months, due to increased workloads and responsibilities. Three-quarters said this has had a negative impact on them personally, such as feeling stressed (40%) or having trouble sleeping (23%).

One-quarter of respondents have been worried about making mistakes as a result, while 10% have made mistakes because of increased responsibilities.