The new CFO has previously worked for Direct Line Group, Quilter and PWC, to name a few

Kennedy, who spent three years as CFO, will be stepping back from the group to spend more time with his family - however, he will remain chief executive of First Central Insurance Management (FCIM), FCG’s motor insurance broker.

As part of the transition plan around Kennedy’s departure from the CFO role, Morton joined FCG at the beginning of 2021.

Previously, he worked as deputy finance director at Direct Line Group (DLG) and director of finance for Quilter. Morton also has experience from prior positions at PricewaterhouseCoopers (PWC), Santander and the RBS Group.

As CFO, Morton will play a critical role in delivering the company’s growth plans and developing Kennedy’s pre-built foundations across the group’s people, systems, processes and capabilities. 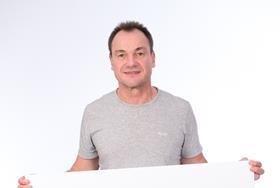 Read more…Mike Brockman: The future of telematics provides an ‘opportunity for brokers to flourish’

FCG chief executive Michael Lee said: “I, and the entire executive team, want to thank John for playing such an important role in our recent success and wish him all the best for the future.

“He has been instrumental in setting exceedingly high standards and developing the key capabilities that will underpin our continued success.

“I am looking forward to working with Craig in his capacity as our group chief financial officer as we move into the next phase of our plan.”

Kennedy added: “It’s been a pleasure and a privilege to work alongside the shareholders, boards and the executive as First Central has grown from strength to strength over the past three years.

“It’s been an amazing and enjoyable journey helping the company achieve exceptional growth with sustainable profits, underpinned by an agile, ambitious culture.

“There’s no doubt Michael and the team will continue to successfully deliver the company’s ambitious five-year plan.”

Kennedy is working closely with Morton to ensure a smooth transition.

Morton stated that he is “delighted” to begin the group CFO role and looks forward to building on Kennedy’s work.

He continued: “I’m excited to work alongside the leadership team in helping to move the business forward, meeting the ambitious plans for growth and continuing to deliver the high standards set by the company’s vision and values.”