O’Connor was initially charged on 9 June with a disqualification period of 12 years – which prevents him being involved in the management of a regulated financial service provider – as well as a monetary penalty of €100,000 (around £90,400).

However, due to settlement discount scheme under the Central Bank’s Administrative Sanctions Procedure, these were reduced to a disqualification period of eight years and four months and a fine of €70,000 (around £63,500).

These sanctions were imposed after O’Connor admitted his participation in RSA Ireland’s failure to maintain sufficient technical reserves between February 2010 and 30 September 2013 – this under-reserving issue was subject to a separate investigation by the Central Bank, which resulted in the insurer receiving a €3.5m (around £3.1m) fine in December 2018.

The following investigation into O’Connor confirmed that he knowingly failed to maintain sufficient technical reserves. In particular, he:

Seána Cunningham, director of enforcement and anti-money laundering at the Central Bank, said: “For over three and a half years, in his roles as chief financial officer and executive director on the board of RSAII, O’Connor knowingly participated in the systematic under-reserving of large loss claims, actively facilitated the ongoing operation of the under-reserving and concealed it from the Central Bank through the provision of inaccurate financial information.

“The under-reserving of large loss claim reserve estimates directly contributed to the understatement of RSAII’s technical reserves and resulted in the firm’s financial position being artificially enhanced.

“The failure to maintain adequate technical reserves led to significant risk for policyholders in the event that RSAII did not hold sufficient assets to meet its liabilities and was, as a result, unable to pay claims made against and by its policyholders.

”O’Connor’s conduct in this case was deliberate and fell far below the standards expected of him in the roles he held in RSAII.

“It also signals to the market, the practices and behaviours of those in senior roles in financial services that will not be tolerated and highlights the serious consequences should an individual fail in such a material and deliberate way to comply with regulatory requirements.

“The sanctions imposed on O’Connor reflect the nature and seriousness of his actions in this case.” 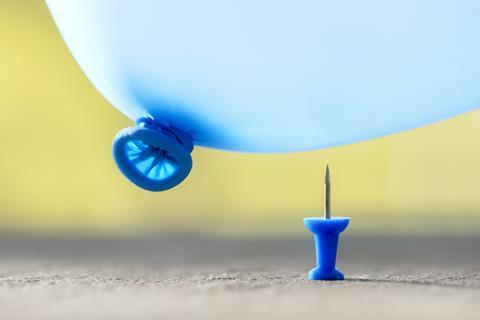