According to the body’s quarterly data, payment protection insurance (PPI) remains the most complained about financial services product with 12,742 new complaints this quarter. However, it added that “it continues to decline as a proportion of our casework – a decade on from when mis-selling complaints began to be referred to us in mass volumes”. 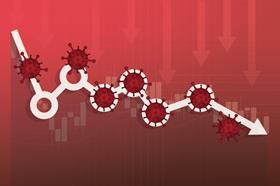 The ongoing pandemic has further influenced FOS’s complaints data for quarter two as the body has reported a “significant increase” in complaints surrounding travel insurance and business protection insurance.

FOS added that it has now begun to resolve some of these complaints.

Claims management companies (CMCs) have also been getting more involved with the ombudsman’s work – eight in 10 complaints around home credit were put forward by CMCs, compared to three in 10 across FOS’s wider caseload.

Where are you in your digital transformation journey? Click here to take part.