The regulator published a timetable for the court action which will commence by 9 June, all formal pleadings should be completed by 3 July

The Night Time Industries Association (NTIA), UK Hospitality and the British Beer and Pub Association (BBPA) have jointly endorsed the FCA’s action for businesses impacted by the coronavirus pandemic.

This action it hopes will lead to an effective resolution of the liability issues for their members under their business interruption insurance policies, without any of the costs or risks involved in bringing their own action.

The associations have also been joined by specialist broker – NDML and Black and White Hospitality, whose legal director Rob Atkinson has co-ordinated a crowd-funded action group comprising of a large number of policyholders.

Simon Mabb managing director a NDML Insurance, said: “Following lots of hard work we are pleased to see that the FCA has listened to us, and that the principles and policy wordings we wanted included in the FCA court case have been taken into account and will be tested in a legal framework. This confirms our decision to formally back these proceedings as the best option for our customers as a no cost way to get a legal ruling.”

The FCA named eight insurers it intends to join to a test case in the Commercial Court to resolve issues of liability under their policies.

These include the insurers Hiscox and QBE who are two of the main insurers to the hospitality industry, but a further 8 named insurers have policy wordings similar to those in the test case.

Meanwhile, Michael Kill chief executive at NTIA welcomed the news. He said: “The policies and wordings highlighted within the regulator’s proposed claim are in line with our expectations.

“Alongside other trade bodies, we continue to support the FCA’s initiative, to bring about a level of clarity to many struggling businesses who should have received money from insurers based on legitimate claims.”

It follows NTIA and NDML calling on the chancellor to release funds from Pool Re to support businesses. NTIA claim that some business interruption payouts were ’agreed and then withdrawn’.

Philip Kolvin QC, a leading hospitality sector barrister who is advising NTIA and NDML stated: “Today’s FCA statement shows a real seriousness of intent and commitment to resolve these issues expeditiously. FCA have appointed a top-level legal team and plainly understands the dual imperatives of comprehensiveness and speed. Most importantly, their action comes without cost to policyholders.

“While every claimant must make their own choice about how they want to proceed, in the light of today’s announcement I can see no good reason to try to run parallel proceedings.”

The regulator published a timetable for the court action which will start by 9 June, with all formal pleadings completed by 3 July.

Insurers are therefore expected to work together to avoid duplication.The date for trial is likely to be set at a preliminary hearing shortly after 9 June and is likely to be this side of the summer holidays, particularly since the FCA will be broadening the potential list of judges by enabling a Court of Appeal judge to take the trial.

The FCA’s intention is that the trial should take place in July and is planning and working accordingly.

Rob Atkinson legal director Black and White Hospitality said: “The FCA says it wants to ‘achieve clarity for all concerned in an unprecedented situation’ so we’ll watch with interest how the test cases proceed. One thing is clear: we remain resolute in our own campaign to make sure that all those in the hospitality sector who in good faith took out BI policies receive what they fully deserve.

“There has been an amazing level of support and solidarity across the sector with various trade bodies and hospitality groups all collaborating to make sure insurers honour these policies. This has included the Night Time Industries Association, UK Hospitality, BBPA, Best Western, Vine Hotels, Black and White Hospitality Management, Marco Pierre White and Oxsana Hospitality and by sticking together will mean those in hospitality, who have been badly let down by their insurers, receive the support and assistance they fully deserve.”

Kate Nicholls chief executive at UK Hospitality the trade association said she was delighted to see that the FCA has taken on board the legitimate claims of hospitality businesses against their insurers.

“These businesses have been hit hard by the coronavirus and had expected their insurance policies to cover them for forced closures. It is time that insurers played fair and stopped hiding behind technicalities.”

And lastly, Emma McClarkin, chief executive at BBPA, said: “Our member survey revealed the shocking number of businesses that have had policy claims refused or are still awaiting.

“The BBPA views the action being taken by the FCA as the most robust and effective means of resolving the issues across a range of insurers and policies, and therefore together with other industry bodies we support the FCA’s initiative to bring clarity for thousands of struggling businesses.” 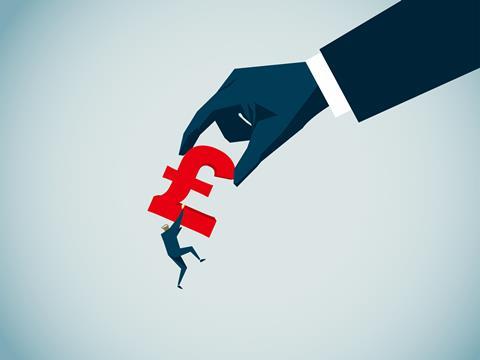