Former chief executive Bob Darling will step down on 5 August

He is currently chief executive of the Charles Taylor Group’s assistance and specialist claims management businesses but will begin in his new role in August.

Meanwhile, Bob Darling will step down on 5 August as chief executive of Jensten Group. He will remain on the board and continue to support the group’s ongoing acquisition programme and its retail business, Coversure, on a part-time basis.

The change of leadership comes at a time of organic and acquisition-driven growth for the group.

Jensten recently completed its purchase of Senior Wright and further acquisitions will soon be announced.

Hardie has 35 years of experience in the insurance industry and is well versed in personal and commercial lines as well as distribution.

In 2015 he led the purchase of travel assistance firm CEGA, which he later sold to Charles Taylor.

Prior to his current role he ran the UK’s largest travel MGA.

Hardie said that he was delighted to be joining the Jensten team “which has an excellent track record of growing a successful business and look forward to working with all our partners - franchises, in-house and third-party brokers, and insurers – to take that success to the next level.

“With an experienced and dynamic management team and a committed investor in Livingbridge, I have no doubt we can make Jensten the only logical home for specialist brokers, and the preferred distributor for our capital providers.”

Darling joined the business back in 2009 as managing director of Coversure and newly established online wholesalers Policyfast.

Both companies have seen sustained organic growth since Darling came onboard, becoming leaders in their respective marketplaces.

In 2018 Darling led a management buy out (MBO) which resulted in the Jensten Group and his promotion to group chief executive.

Darling said: “It’s been a privilege to have led the Jensten Group. I’ve had the pleasure of working alongside a team of dedicated, entrepreneurial individuals whose focus has always been on positive outcomes for their customers.

“Having successfully mounted an MBO, assembled an outstanding leadership team and created an ambitious M&A programme, I feel the time has come to take a step back. The group’s future is exceptionally bright, and I look forward to supporting Alistair as he takes the business forward.”

Most recently, Darling developed and oversaw a comprehensive plan for Covid-19. For this, 450 staff from 93 locations were moved to safe, remote working and this ensured service levels could be maintained during the pandemic. 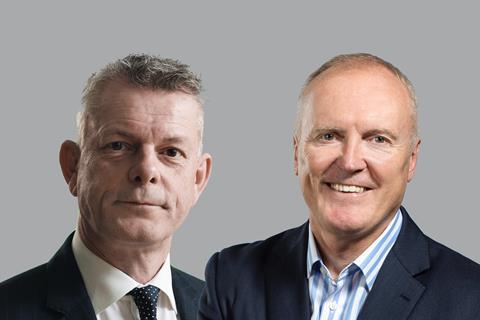