Specialist commercial motor underwriter Direct Commercial Limited (DCL) has cut the costs of claims for its motor fleet customers by 34%, alongside a 7.5% reduction in the frequency of claims.

The improvements have come from the installation of new Camatics technology, which combines forward facing cameras with more traditional telematics technology to help identify accidents quicker and more accurately.

DCL head of agency and business development Adam Marsh says the technology has helped the underwriter reduce external costs and fight back against spurious claims that may have otherwise gone unnoticed.

“One of the biggest problems for us had been the delays in reporting [of accidents], which had been costing us a fortune with the likes of credit repair and credit hire companies getting involved in the claim,” he said. “There had also been lots of spurious claims, but Camatics has helped overcome that.

“It is really quick with the videos we get from the cameras to ascertain which driver is at fault for the accident. Usually, so much money can be wasted on legal, but this takes that out of the system and offers a much better customer experience.”

DCL’s Camatic policies now use hardware from VisionTrak, as well as their own portal for customers to access driver management reports and impact and speed alerts, while all impact alerts are fed through to DCL’s team of experts for analysis.

“If an impact is registered, the system sends us a 20 second video that we can analyse,” he said. “We used to get a lot of false positives, but a year ago we relaunched the technology with VisionTrak cameras and an excess waiver of £1,000 for drivers who press the integrated panic button within 15 minutes of an incident occurring, regardless of fault.

“It is a really simple system, and it really helps drivers slow down and drive more safely.”

The underwriter has also launched its motor fleet policy as a three-year policy, with premiums for the second and third years linked to the ongoing loss ratio for that particular fleet of vehicles, with discounts up to as much as 20% for the best-performing fleets.

Marsh says this has helped the underwriter lock in further profits, and its customers reduce the ongoing cost of their fleet insurance.

“If you are having fewer accidents, not only are they costing less because of the excess waiver, but they are also resulting in premiums decreasing rather than constantly increasing,” he said. 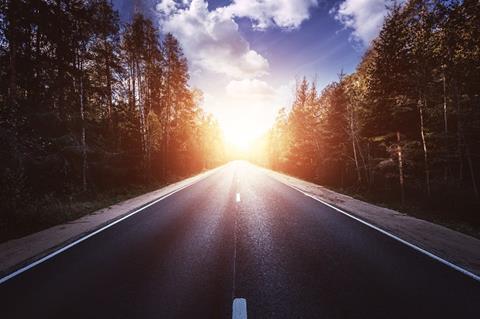