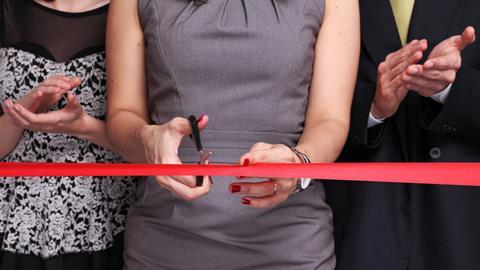 The results for the commercial lines five star ratings are in, and three insurers have made the cut achieving five stars each for service, but can you guess who they are?

Markel, Covéa Insurance and Aviva have come out top in the commercial lines broker survey in 2019/20.

All three insurers were awarded the maximum five stars for service.

After more than than 550 responses from brokers, Markel achieved a market-leading score of 4.30 out of five.

Meanwhile Covéa was narrowly behind with 4.11, and Aviva was catapulted nto five star status this year achieving a score of 4.07.

These three were the only insurers to be awarded five stars out of a field that included Zurich, Allianz, NIG, AXA UK, RSA, QBE, Hiscox, Ageas, Chubb and AIG.

Zurich came bottom of the survey.

Subscribers will be able to look at the in-depth results from tomorrow from the Insurance Times website.

Insurance Times head of research Savan Shah said that Markel and Covéa’s second consecutive five-star performances were based on real-life reviews by brokers, who have first-hand experience of placing business with insurers. Aviva’s elevation to five star status was based on brokers across the UK rating the insurer strongly in many key service areas important to all broker groups.

“I’d also like to thank all the brokers who took part. We know that insurers take the survey seriously and strive to improve using the information that you give,” he added. Here are just a few examples of the feedback received from brokers regarding the three five star commercial lines providers:

• Claims – fairness of settlement and speed

Here are just a few examples of the feedback received from brokers regarding the three five star commercial lines providers:

One broker based in the South East of England said of Markel’s overall service: “Easy to interact with, excellent underwriting and competitive prices”.

One broker based in the South West of England said of Covéa’s overall service: “Market leading cover, easy to read policy wording and strong collaborative partnership to continuously innovate and develop”.

One broker based in the North East of England said of Aviva’s overall service: “Cover is broad with an inbuilt uplift to cover a deficit if the client inadvertently under-insures themselves”.

The results of the five star ratings will be discussed in more depth at BrokerFest on 11 February 2020, which is free for brokers to attend.

Brokers can click here to register for free entry.

The Insurance Times Etrading Survey is open until the 31st of January.

Take part and be entered into a prize draw to win £250-worth of John Lewis vouchers and receive your exclusive executive summary revealing the leading insurer extranets and software houses.