Urban Jungle raises £16.5m in latest series A funding round

London-based insurtech Urban Jungle, which provides home insurance to renters and homeowners, has raised £16.5m in its latest series A funding round.

Following this investment, which was led by North American venture capital firm Intact Ventures, Urban Jungle has managed to raise a total of £32m since its launch in 2017.

The funding round announced this month included investment from retail organisation Ingka Group – the parent company of homeware shop Ikea – as well as funding from existing investors Eka Ventures, Mundi and former Prudential UK chief executive Rob Devey, who is a non-executive director of Urban Jungle. 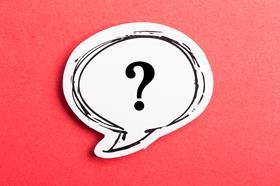 Read more…The Big Question May 2021: How can the industry work to remove barriers and become more accessible for millennials?

Jimmy Williams, chief executive of Urban Jungle, said: “This latest series A funding round comes at an exciting time. We’re growing very quickly, which has been attractive to both existing and new investors.”

Urban Jungle plans to use its latest investment boost to help scale up its UK home insurance business, as well as support its expansion into new markets.

Williams continued: “We’re already one of the leading insurance brands for UK renters and homeowners, but our ambition is to become the number one insurance business in the UK and beyond.

“This funding is a big step towards that and we’ll use it to rapidly grow our customer base and roll out our simple, fair insurance into other markets in the year to come.

“It will also allow us to create 100 new jobs in the UK, which is very exciting for us.”

Urban Jungle was founded by Williams and former Google developer Greg Smyth back in 2017 – the insurtech now employs 50 staff and has more than 100,000 customers.

Speaking on the investment, Justin Smith-Lorenzetti, head of investments at Intact Ventures, said: “We’re thrilled to lead Urban Jungle’s series A financing round and support the company’s mission to modernise the insurance buying journey for its customers.

“By leveraging the latest in automation, as well as a digital by default strategy, Jimmy and Greg have built an impressive business that consumers love.”

Krister Mattsson, managing director of Ingka Investments, added: “We are delighted to have made this financial minority investment in Urban Jungle and are confident of [its] continued growth in the insurance market.

“[It has] developed an innovative solution with the potential to complement and disrupt the current insurance market and make insurance affordable for many people. This aligns with our vision to create a better everyday life for many people.”