Zurich UK’s GWP for general insurance rises by 4% to just under £2.5bn

This figure forms part of the insurer’s full-year results, which have been published today.

Within its general insurance business, Zurich UK has recorded a £271m business operating profit, showcasing a 97% improvement from the £137m that was reported at the end of last year. The combined ratio for this division is 91%, compared to 94.9% in 2018.

Zurich UK paid out £1.5bn in general insurance claims over the period.

Tulsi Naidu, chief executive at Zurich UK, explained that these improvements have been driven by Zurich’s three-year focus on underwriting discipline, portfolio quality and capacity management.

“What we have seen steadily across the period is the quality of our underwriting talent and the application we have had in terms of underwriting discipline has translated directly into improvements in the loss ratio,” she told Insurance Times.

“We have simplified the business in a number of different ways, both in terms of some of the changes we’ve made to our operating model.

“The most important thing is we’ve had a real focus on creating a progressive, inclusive workplace – we’ve modernised all of our regional offices, we’ve created a set of policies around people that I think [has] increased the number of applicants to our business.

“Some of those things have had a direct impact on our profitability, which has improved our loss ratio; others have positioned us very strongly, competitively for the future.”

For Zurich UK, 2019 was a busy year in terms of its general insurance proposition. Not only did the firm introduce new digital portals for motor and property claims and expand the use of fast-track claims, but it also implemented technology to detect bogus claims, which looks at identity manipulation and fraud rings.

The business further secured a licence to write US surplus lines business in London from 1 January and launched Zurich Online, an Acturis-based SME platform for brokers.

Zurich UK is also piloting leak detection devices with housing associations – Naidu does not have a timeline in mind for a full roll-out of this yet.

Risks that Zurich UK will focus on for this year include escape of water (EOW) and fire. Naidu said: “We’re very active in our lobbying around fire safety standards – we think more needs to be done. There are parts of our portfolio that we remain concerned about.”

One area that Zurich UK is clearly passionate about is the issue of sustainability.

Naidu explained: “The group has been absolutely at the forefront of its commitment to create a more sustainable future.

”We’ve undertaken a number of measures. Globally, we’ve been carbon-neutral since 2014. Here in the UK, we’ve brought our paper footprint down by 75% in the last couple of years.

”We have been [using] renewable energy on all of our owned footprint since last year. We will have removed single use plastic across our business by the end of this year, so this is a topic we feel very strongly about.

“We’re also working with our customers to think hard about particularly where they have a heavy reliance on fossil fuels, about how we might work with them to transition the business models.”

With regards to the broader Zurich group, the organisation has reported a 16% increase in its business operating profit, which now equates to $5.3bn – net income after tax attributable to shareholders is also up by 12%.

The group further proposes to raise the dividend to CHF 20 per share.

“It was am amazing journey, during which we significantly strengthened the business, organically and through transactions, reduced P&L volatility and improved customer services.

“This is also reflected in a further proposed increase of our dividend to CHF 20 per share, the third increase in a row.”

FCA’s pre-existing medical conditions signposting rules: What does it mean for the industry? 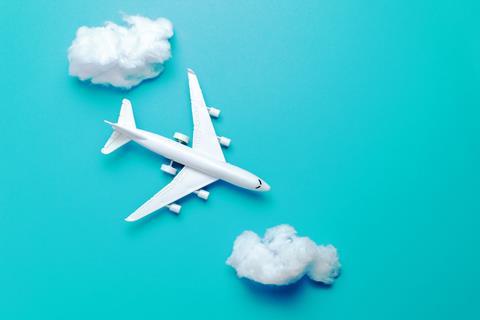