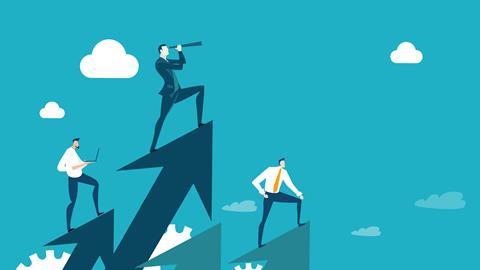 The rapid pace of consolidation is putting strain on broking staff, while startups are more likely to be insurtech businesses rather than commercial brokers, says broker chairman

Insurance2025: Smaller brokers that will grow and “re-populate” the mid-market are likely to “win the day” following the spate of broker consolidation over the last year, said Stuart Reid, chairman of broker Partners&.

Speaking to Insurance Times’s content director Saxon East on day two of the title’s virtual Insurace2025 conference, Reid explained that recent broker consolidation represents a “step-change to what it was just some five, 10 years ago” and that now, “choice is reducing” and there are “significantly less” brokers to go to. 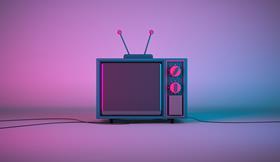 He explained: “Choice goes. You’ve got less people to go to and the big will eventually be bought by the very big – it’s the only place things can go. And private equity [firms] are mostly in the business of selling a business for higher than they bought it for, or higher than they invested, so we’re going to have even less choice because the big are going to go to the very big, the small have been bought and that mid-market has been taken out of the marketplace.

“This drive for greater earnings, this consolidation battle with brokers has meant that choice has reduced and that’s not good for the market.

“Ultimately, the consolidators will consolidate the consolidators. That’s inevitable and we will have much, much bigger [brokers]. We will still have quite a lot of small [brokers] because they won’t sell and we won’t have anything very much in that middle market.”

However, it is also this middle market where Reid believes “new blood will come in and where that growth can grow as well as possible” to almost recover after the intense consolidation activity the market has seen between brokers.

This is because smaller brokers will grow to “re-populate” the mid-market, especially if talent leaves the large consolidators to instead embrace the culture and environment of a small broking business. This will build back this part of the market and “play very much into the hands of the middle market over the next five to 10 to 15 years,” Reid added.

He continued: “I genuinely feel that the future for broking is bright and I feel, for me, where that area will really score is in that mid-market. There’s not many there now, but there are new ones and existing ones growing to fill the space.

“Whether they themselves will be bought and [consolidation] starts again, most probably, but there’ll be a time where those mid-market ones will win the day.

He said: “They’re struggling because [of] the pace of acquisition. Some of these consolidators are buying businesses on a weekly or monthly basis and that puts strain on any business – [the] constant integration that is needed, there’s constant change, be it IT, be it the placement strategy or whatever it might be. 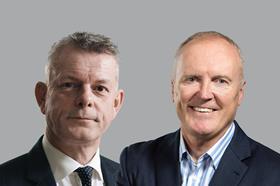 “This consolidation at pace has impacted staff within the industry.”

One facet of this is around the difference in organisational culture between larger consolidator firms and smaller brokers.

“How many people are working at an insurance brokerage that they chose to work for?” Reid asked.

“The culture of the consolidators are, in some cases, very different from the businesses that they’ve bought. So, you’re finding people at a home they haven’t chosen, doing things in a different way to what they have done and that causes some issues, particularly because quite a lot of these consolidators are obviously a lot bigger than the businesses that they’re buying.”

Potential changes in operational processes – such as moving work to a call centre – could impact business bottom lines, however.

Reid explained: “What most of the brokers have done is service the SME client bank very well and they become the bigger clients of tomorrow.

Alongside the predicted growth in mid-market brokers, Reid added that “the fintech/insurtech side is very, very active” in terms of startups in the sector.

“Those businesses have a very good future. They are where the growth will come in new intermediaries,” he said.

However, with “regards to the age-old commercial SME broker with a few schemes”, Reid thinks “the market is not good for new startups” and that setting up a new business in this field is “very, very difficult”, in part due to the “cost and the administrative burden” of regulation.

Reid isn’t even convinced that broking networks are too much help nowadays in terms of supporting broking startups, as “networks themselves are now all owned by consolidators”.

“The pressure will be to buy the network members because they get more value from those members if they do so. So, even joining a network can have its issues for a small broker,” he added.