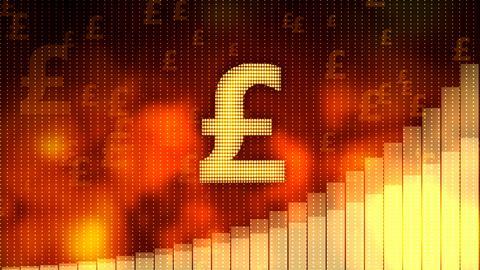 Last November, the Financial Services Compensation Scheme (FSCS) confirmed that brokers and insurers will need to contribute to a supplementary levy, on top of existing levy costs, to help raise £92m of additional funding for its life distribution and investment intermediation (LDII) class.

In total, the FSCS forecast that its 2021/22 levy amounted to £1.04bn, however this figure is due to be confirmed within its next Outlook report, scheduled for May.

This hike in levy fees has hit the broking sector hard.

For example, John Read, regional managing director of Willis Towers Watson Networks, revealed that “a number of our members expressed the view that regulation is a bigger threat to their business than Covid” and that “the increased levy is a real penalty for those of us that refuse to use unrated security”.

Carl Shuker, group chief executive of A-Plan, described the increased levy costs as “eye-watering”, noting that he had “seen costs almost quadruple on that front”. 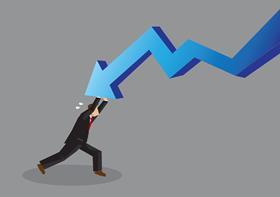 Even Caroline Rainbird, chief executive of the FSCS, wrote within the service’s Plan and Budget 2021/22 document that “we appreciate [the levy] is far too high and that increasing levy costs could put pressure on firms’ finances”.

He explained: “On the one hand, every member of society benefits from the existence of a safety net like the FSCS – no argument there.

“On the other hand, it’s of real concern that the total FSCS levy has now reached £1bn. That’s an enormous number and it does bring into question what’s going wrong with regulation for us to have so many failures in the market requiring a compensation scheme payout.”

One complaint that resonated across the brokers approached by Insurance Times is that although their levy costs have been cranked up, this is not related to activities regarding the broking sector itself.

“[It] can’t be right that 90% of our contribution is paying for failures of completely different markets.

“This has been a consistent theme for many years – brokers are paying the price of failures in other areas. It was the banks with PPI, it’s investment funds this year - none of which is on our watch, our fault or within our remit to prevent. This is just an incorrect allocation of a levy.”

Biba’s head of compliance and training David Sparkes agreed. He added: “General insurance brokers have been picking up the cost for the PPI debacle, which they played no part in creating, and now are being asked to put their hands in their proverbial pockets to pay for pension mis-selling.”

Shuker described the situation as “frustrating”, noting that the increased levy amount was “driven by failings in the sector that don’t touch upon our section of the market”.

The rub here is that brokers are already experiencing challenging market conditions, with cost burdens resulting from skyrocketing professional indemnity costs as well as the financial fallout from both the Covid-19 pandemic and Brexit.

This is demonstrated by the FCA’s recent financial resilience survey – results published in January showed that insurance intermediaries and brokers are among the lowest proportion of profitable financial services firms, with these businesses seeing a 30% decrease in available liquidity during the Covid-19 pandemic.

“Back in 2014, Biba carried out a survey of its members on the impact of the FSCS levy as it stood at that time,” Sparkes said. “[Around] 53% of respondents stated that they had either delayed or cut investment as a result of the levy and 40% reported a cut in expansion.

“We imagine the situation would not show an improving picture, given all the challenges that firms are facing now. 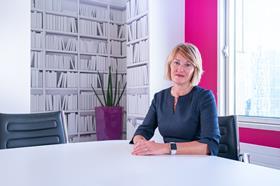 “At the time when the FCA is telling firms they need to be conscious of the effects the pandemic may be having on customers and their incomes, it seems incredulous that the regulatory family does not appear to be practicing what it preaches when it comes to their own demands for cash from a population of firms that themselves have not been immune to the pandemic’s effects.

Blanc added: “It’s no secret that these challenges have led some brokers to seek the sanctuary of a sale of their business and we expect that dynamic to continue.”

But what can actually be done to remedy the situation for brokers?

Sparkes said that “some premium finance houses, for example Premium Credit, have said they can assist with instalment facilities”, while Shuker noted that “all we can do is lobby where we can”.

Ashwin Mistry, executive chairman of Brokerbility, proposed that “staggering increases over a three-month period may help from budgetary point of view”.

However, FSCS chairman Marshall Bailey believes the solution to rising levies is to tackle the “underlying causes”.

In the FSCS Plan and Budget 2021/22 document, Bailey pinpointed fraud and phoenixing – where “directors of failed firms set up new firms, bring across assets but leave behind debts and liability” – as two problem areas contributing to levy costs.

“To tackle the burden of the rising levy, solutions are needed that drive simplicity, address bad practices and create more financial resilience in firms,” he said.

Are increased levy costs linked to the failure of unrated insurers?

According to the FSCS’s November Outlook report, firms failing is a driver of increased levy contributions.

Whether levy increases are linked to the failure of unrated insurers, however, yields mixed industry viewpoints.

John Read, regional managing director of Willis Towers Watson Networks, believes there is a connection and that “the additional charge needs to be aimed squarely at those that do” use unrated insurers.

Ashwin Mistry, executive chairman at Brokerbility, added: “I am unsure if the increases are due to unrated insurers, but I am a firm believer that those that choose to use unrated markets should shoulder a higher contribution to the pot.”

Meanwhile, Peter Blanc, group chief executive of Aston Lark, questioned why “regulation [is] failing to prevent collapses of financial institutions” at all.

He continued: “We shouldn’t be aiming for a zero-failure regime, but this number does seem extraordinary. Also, [it’s] noticeable that the scheme seems to pick up unregulated financial investment firms – should [these] be included or should there be an element of ‘buyer beware’ with riskier investments?”

What action is Biba taking?

Biba has flagged the issue of increasing regulatory costs and their detrimental impact on brokers within its latest manifesto, which is themed around resilience. The trade body is calling for “proportionality and fairness”.

“Increasing regulatory fees could impact the financial resilience of brokers and their customers, who may be faced with higher costs as a result. The additional regulatory burden could reduce competition and impact access to insurance,” it said.