FSCS to crank up supplementary levy to accommodate for firm failures

The general insurance distribution class retail pool will need to stump up an extra £29m, for example

The Financial Services Compensation Scheme (FSCS) has confirmed that brokers and insurers will need to contribute to a supplementary levy in order to help raise £92m of additional funding for its life distribution and investment intermediation (LDII) class.

The compensation service this week published its half-year Outlook report, which gives an overview of the levy position at the mid-point of the 2020/2021 financial year.

Here, the FSCS reported that the LDII class will require an additional £92m of funding, which will be collected via a supplementary levy.

As this is higher than the annual maximum that FSCS can raise from this class, it plans to source £8m from the LDII class and then a further £33m from surpluses in other classes. It will also ask for an extra £51m from these other classes, including the retail pool.

The supplementary levy is a separate pot that all classes are required to contribute to where they have not reached their annual maximum, said the FSCS, and it is only used when one class exceeds its annual levy limit.

A key driver behind the rising levy is the number of firms that have failed in recent years. The FSCS said: “This year, alongside many smaller failures – such as Greyfriars Asset Management LLP and Pointon York Ltd – FSCS has seen more compensation payouts to customers resulting from the complex failure of London Capital and Finance (LCF).

“There has also been an increase in pension advice claims and additional costs in relation to the transfer of cash and assets from investment firms, including Reyker Securities.” 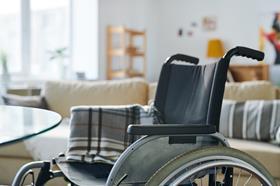 Caroline Rainbird, the FSCS’s chief executive, said “there is no silver bullet and regulation alone will not solve this complex problem”.

She continued: “I appreciate that the supplementary levy will be unwelcome news for firms against a challenging economic backdrop and I genuinely understand the difficulty this will cause.

“We only raise a supplementary levy when we absolutely have to, when we estimate that we will not have sufficient funds to meet rising compensation costs or management expenses for the period until the next levy is due.

“Whilst we share the industry’s concerns about rising compensation costs and increasing levies, we firmly believe there is no silver bullet and regulation alone will not solve this complex problem.

“Collaboration and data sharing with our regulatory and industry stakeholders is crucial to help prevent future failures. Only by the regulators, industry and FSCS all working together effectively will we be able to address these problems, deliver better outcomes for consumers and reduce future levy bills.”

The FSCS’s management expenses budget is forecast to be £82m – an increase on the current budget.

The organisation attributes this rise to “overall anticipated claims volumes being 38% higher than budgeted, with around 10,200 more claims than had been expected due to LCF payouts. In addition, FSCS has seen more complex claims which are costlier to process.”

Despite this, the Outlook report also noted that the FSCS has been able to reduce spend in its controllable costs, which has resulted in like-for-like claims handling costs reducing by 8% in the 2019/2020 financial year.

FSCS will confirm any additional levies, alongside its forecast 2021/2022 annual levy figures, in its plan and budget, which is due to be published in January.

Rainbird added: “Our commitment to continuously innovate in our ways of working to keep our management costs as low as possible, making recoveries wherever we can and if cost-effective is also vitally important.

“It is still too soon to know the full effects of Covid-19 on the industry, but we must all be prepared for a challenging period in 2021.

“I want to reassure everyone that FSCS is ready to handle whatever difficulties next year will bring.”