With Christmas fast approaching and burglaries spiking, new data from a home insurance comparison website reveals that premium prices have seen little change and that many do not protect their home contents

Nearly half (40%) of UK homeowners do not take out accidental damage cover for their home contents, however there is little change to the price of home insurance premiums, according to comparison website Quotezone’s quarterly Home Index report. 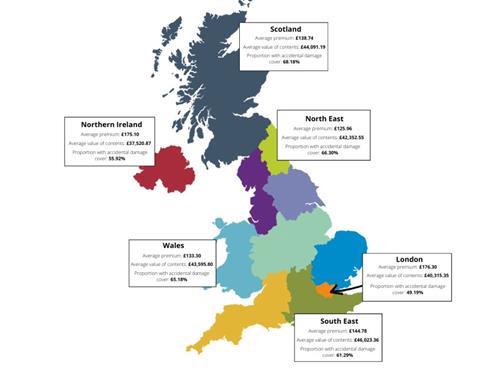 It revealed that in Scotland, 68% of people do protect their contents with accidental damage cover, followed by 66% who live in North East England.

London was the lowest with just under half taking out the additional protection (49%).

Contents cover is designed to insure the contents of a policyholder’s property – or everything the owner would take with them when they moved. It is priced by totalling up larger expensive items such as TV’s, sofas and appliances. 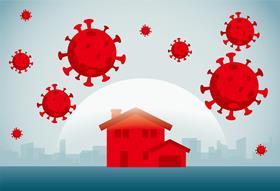 Greg Wilson, founder of Quotezone, said: “The Christmas season normally sees a spike in burglaries and winter weather also puts our homes at risk of flooding and frozen pipes.

“It is crucial that customers correctly total up the sum of their contents and take out the cover that suits them best – failure to do so may mean they won’t have enough compensation to replace the items in their home should they be stolen or damaged.”

Meanwhile, the index demonstrated very little change this quarter with the highest average home insurance premium price still in London at £176 – up just £3.