The search for a new chief sales officer has also commenced 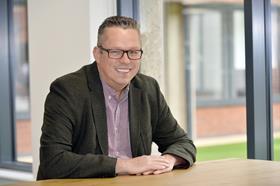 Tozer will be succeeded by Lee Taylor, who will step into a new role as the insurer’s chief executive for UK and Ireland.

Taylor – who is currently Allianz Partners’ chief sales officer for UK and Ireland – will start his new role on 1 October 2022.

An Allianz announcment – released today (20 July 2022) – stated that both Tozer and Tayler were working closely together to ensure a smooth transition.

Tozer began his career with Allianz Partners in the early 2000’s as a sales director.

He later returned to Allianz Partners in 2018 as a chief executive. During his time there he led the organisation through an IT transformation journey and significant growth.

Allianz Partners is currently searching for Taylor’s successor – the new recruit will be announced in due course.

He has 15 years of experience in Allianz Partners joining the group back in 2006 as head of warranty and service programmes and has held several management positions. This includes regional sales officer for Northern Europe, UK sales director and chief sale officer.

Taylor said: “My aspiration for the business is to continue the profitable growth established by Tozer, while supporting our clients and consumers through some of the ongoing challenges facing our markets.

“Providing a stable environment for colleagues in these uncertain times will also be key in enabling them to deliver customer-centric services and peace of mind.”