The appointments are ‘richly deserved and reflect the depth of talent’ at the group, says Aviva top boss

Insurer Aviva has promoted Andrea Montague and John Cummings to its executive committee.

As part of the c-suite shift, Montague will also become the insurer’s chief risk officer. 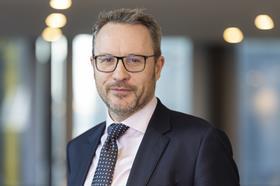 According to the insurer, Cummings’ appointment reflects the importance of technology and digital in Aviva’s transformation strategy.

Blanc said: “The promotions of Andrea and John are richly deserved and reflect the depth of talent within Aviva.

“The appointments will further strengthen our executive team as we continue to focus on the critical task of transforming our performance”.