The commercial and reinsurance subsidiary of insurer Axa – Axa XL – has recorded a total 6% dip in its gross revenue for the first half of 2022 after the firm made a strategic decision to “reduce our exposure to natural catastrophes in reinsurance” by 40% this year, according to Alban de Mailly Nesle, Axa’s group chief financial officer. 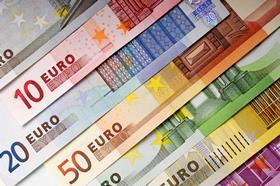 Speaking during a press conference about Axa’s half-year financial results this morning, de Mailly Nesle said: “It’s important to isolate in our P&C business Axa XL Reinsurance, in which revenues are down 21%.

“That’s a reflection of our strategy to reduce our exposure to natural catastrophes in reinsurance. We are reducing [this exposure] this year by 40% and the drop in premiums at Axa XL Reinsurance is a reflection of this.”

“At Axa XL, underlying earnings [are] up by 1%. Half-year after half-year, our large risk management subsidiary confirms its ability to generate earnings totally in line with our objectives.

“Such performance, as always, has been made possible thanks to the loyalty and trust of our clients.”

Insurance Times has converted euro amounts into pounds using an exchange rate of £1 = €1.19, which was correct as of 1 August 2022.