Car insurance premiums on the rise after 2020 dip – MoneySuperMarket

Car insurance premiums are on the rise again after four quarters of falling figures.

This is according to price comparison website MoneySuperMarket. Its latest research revealed that the average price of a comprehensive car insurance policy rose in the final quarter of 2020 from £473 in Q3 to £490 – a jump of 3.6%.

Throughout 2020, premium prices gradually dropped as people drove less due to lockdown restrictions put in place to mitigate the spread of coronavirus.

Kate Devine, car insurance spokesperson for MoneySuperMarket, said: “Our research shows that after a year of falls, prices have started to rise again – something which could be explained by the fact that roads were busier for much of Q4 due to looser lockdown restrictions in many parts of the country.

“It’s hard to say to whether the rises will continue though. With new lockdown measures now in place following the prime minister’s announcement on Monday [4 January], a major fall in traffic could lead to lower prices – at least in the very short-term.”

This follows Boris Johnson ordering a third lockdown at the beginning of the year as coronavirus cases soared because of a new virus variant; London mayor Sadiq Khan declared the current situation a “major incident”.

MoneySuperMarket’s research also looked at the effect of location on a driver’s premium price.

For example, at the end of last year drivers in East London were likely to pay the highest premiums at £955 – almost twice the national average, which is £490.

This figure is also £265 more than the average premium paid by London drivers, which was £690.

Meanwhile, drivers in Kirkwall in the Orkney Islands were found to have the cheapest premiums in the country at £269; this is £686 cheaper than those in East London.

The research also found that gender continues to have an impact on premium rates. 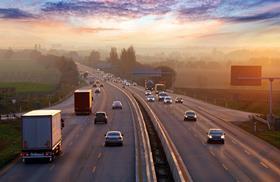 It found that female drivers over the age of 65 pay the least for their car insurance at £251, which is £239 less than the national average of £490.

In terms of age, premiums fell the most year-on-year for drivers aged between 17 and 19.

This is in comparison to drivers aged 65 or over who pay the least – an average of just £274 a year.

Devine urged policyholders to “shop around” at renewal to get the best and most suitable deal.