These new risks present an opportunity for the insurance sector, however

Companies seeking to create more sustainable supply chains are entering “a whole different world” in terms of regulation, which presents a “lot” of “new risks” for the insurance industry to consider.

Despite this unfamiliar regulatory landscape, companies are increasingly seeking to craft circular supply chains that emphasise sustainability – the circular economy is estimated to be worth trillions of pounds to the future global market, with the World Economic Forum predicting that the circular economy will yield up to $4.5tr (£3.4tr) in economic benefits in the years to 2030.

This view was shared by Simon Colvin, partner at law firm Weightmans and head of its environment team, who co-hosted a session on the repatriation of toxic waste at multi-jurisdictional network Insurance Law Global’s Spectrum 2022 event, held today (31 March 2022). 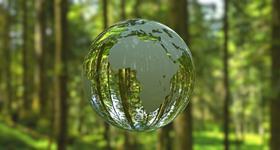 The idea of the circular economy is in contrast to the traditional linear economy, where a product is typically produced, distributed, used and then thrown away.

In a circular economy, the three Rs of sustainability – recover, reuse and recycle – are utilised to ensure as few products as possible enter landfill.

Colvin said that the increase in risks that companies expose themselves to by pursuing more circular supply chains presented an “opportunity” for the insurance industry.

He explained that he had not seen any products released by the insurance industry that responded to the recalibration of supply chains from traditional linear models to newer circular systems.

“For me it’s about reversing those supply chains. People have talked a lot about resilient supply chains and what that means, but that’s thinking in a linear sense,” he noted.

“Taking a raw material, manufacturing a product for a consumer who then throws it away? That’s been completely flipped on its head and for me, that means a whole different world in terms of risk.

“Insurance markets are still looking at that linear model and haven’t got their heads around the circular model.”

Colvin explained that questions for the insurance sector centre around how traditional risks bonded to the new circular economy.

“Maybe it’s the case that some of the old stuff is still part of these new risks – it’s about figuring out where they sit, but equally there will be some risks in there that people haven’t considered,” he said.

Read: Briefing: What does ESG mean to you?

During the event session, Colvin highlighted a case study in which a leading pharmaceutical company had intended to launch a recycling scheme for used steroid inhalers for asthmatic patients.

Two weeks before launching the scheme, Colvin’s firm put the brakes on the initiative, explaining that the pharmaceutical company had failed to consider regulations around the definition, transport and disposal of waste.

Colvin explained: “Waste is heavily controlled – a lot of businesses don’t understand these controls and they’re exposing themselves to risks in that context.”

He added that waste could also expose companies to contractual risk – over who was responsible for waste and claims around it – as well as product liability issues, such as the inclusion of recycled content in products.