However, average premiums for this line of business has increased by 3% over the last 12 months

Insurance premiums for buildings and contents policies have decreased by 0.3% over the last three months as the national lockdown, implemented to mitigate the spread of Covid-19, influenced a steep drop in recorded crime.

This is according to insurance research firm Consumer Intelligence. John Blevins, the company’s product manager, explained: “It’s perhaps no coincidence that this period takes us through the recent lockdown where the vast majority of people were spending much more time at home. Crime rates and home claims have both declined in recent months, which is the most likely reason for this small deflation in premiums.”

Despite this slight three-month dip, average premiums for buildings and contents insurance have increased by 3% over a 12-month period, costing policyholders £150 on average.

Premiums for these policies have increased by 1.9% since February 2014, when Consumer Intelligence first began collecting this data.

Buildings and contents insurance premiums hit their highest recorded level in June, before falling back again in July – despite these fluctuations, Consumer Intelligence said prices in this line of business have remained “broadly stable for the last three years”.

The most expensive regions for buildings and contents insurance are London (£195) and the South East (£160), which are the only two areas in the UK to attract premiums that are higher than the £150 national average.

The cheapest locations for this type of insurance, however, are the East Midlands (£136) and the South West (£136).

The age of policyholders has also influenced pricing. Those aged over 50 have seen a 0.9% decrease in annual policy premiums compared to three months ago, while prices for those under 50-years-old have remained flat over the last three months.

Policies for interwar properties, built between 1925 and 1940, saw premiums rise by 4.4% over the last 12 months – the most compared to any other segment. Premiums for houses erected this millennium, on the other hand, increased by 4% over the same time period.

The table below shows average premiums and price rises around Great Britain: 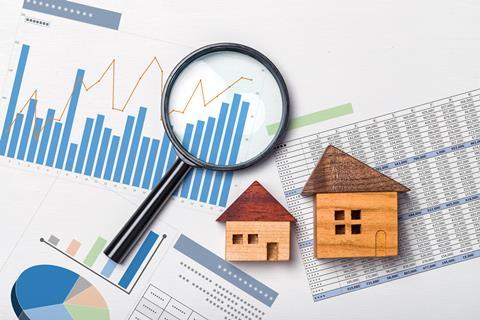