Mishcon de Reya, the law firm representing the Hiscox Action Group (HAG), has today formally commenced its arbitration claim against Hiscox Insurance on behalf of 350 policyholders – this seeks a pay out of almost £40m for rejected business interruption (BI) linked to the Covid-19 pandemic.

The HAG is a collective of Hiscox clients whose coronavirus-related BI claims were rejected – the group now represents more than 600 policyholders. Led by film company Media Zoo, the HAG is arguing that their claims should be paid because Hiscox’s BI policy wording insures against financial loss arising from an inability to use an insured property due to ‘an occurrence of any human infectious or human contagion disease’.

Today, Mishcon de Reya has written to Hiscox to trigger the arbitration clause in nearly 350 policyholders’ contracts. The letter further proposes a former Court of Appeal Judge as sole arbitrator of the proceedings and lays out an ambitious timetable for resolution of the dispute.

Richard Leedham, the partner at Mishcon de Reya who dealing with this action, said: “We have today served notice on Hiscox Insurance triggering the arbitration clause in all our policyholders’ contracts and setting out a clear process for this matter to be dealt with quickly and easily.

“We were only appointed two months ago and have moved incredibly swiftly to get to this point. We know that many of our claimants are small businesses who desperately need this money to survive and we are pushing as hard as we can to help them”.

The HAG has predicted that the number of policyholders involved in this action, as well as the figure for the claim pay out, will both increase as more members sign up to join the proceedings and their losses are added to the total.

Additional claims are also likely to be bought by policyholders under the Insurance Act 2015, which penalises insurers for not settling legitimate claims swiftly.

The group has been further informed that the FCA’s test case exploring BI policy wordings will not hinder its arbitration process, despite Hiscox’s wordings featuring in the FCA action, and that the proposed timetable based on a series of test cases offers the best way forward.

Mark Killick, the founder of the Hiscox Action Group, added: “Today’s launch of the expedited arbitration claim marks an important milestone in our campaign to force Hiscox to do the right thing and honour its obligations.

“It will be interesting to see if Hiscox is now willing to work with us to swiftly resolve this issue or if it seeks to delay things even further.” 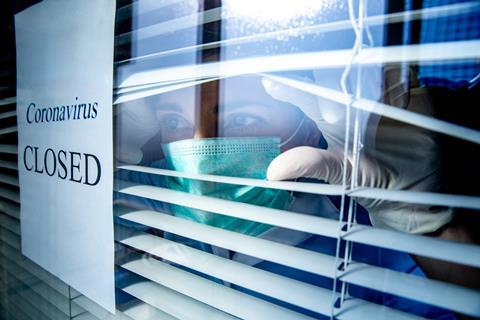