Eaton will remain in charge of the insurer’s specialty lines throughout 2022, but a succession plan will be announced later this year

After dedicating 40 years to working in the insurance sector, including almost 16 years at insurer Beazley, industry veteran James Eaton has announced today (23 February 2022) that he will be retiring at the end of the year.

Having previously been a broker, Eaton changed his career path in 2006 by joining Beazley as a programme and treaty underwriter in specialty lines. He then went on to lead its private enterprise team for seven years before moving to head up Beazley’s specialty lines division in 2018. At this point, he also joined the firm’s executive committee. 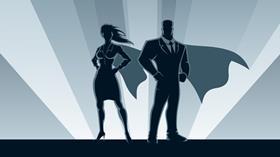 Eaton will remain in charge of specialty lines throughout 2022, however Beazley will announce its succession plan for this role later this year.

Beazley chief executive Adrian Cox said: “James has played a pivotal role at Beazley having overseen one of the founding divisions of the business, helping our specialty lines group grow into the successful business it is today.

“We wish him a long and enjoyable retirement and thank him for the dedication and service he has given Beazley since 2006.”

Bob Quane, chief underwriting officer at Beazley, added: “James has built an outstanding specialty lines business, delivered by a team with great depth of experience and breadth of knowledge.

“I look forward to sharing more details around succession later in the year, but in the meantime, our brokers and clients will experience the same high level of service under James’ continuing leadership.”