Insurtech By Miles is urging insurers and the government to “do more” to incentivise motorists to drive less, offering practical guidance on lowering mileage to keep carbon emissions low.

This view is backed up by the insurtech’s research, which reveals that UK drivers would like more support from both insurers and the government to cut down mileage, with cheaper monthly insurance premiums topping the list (36%).

This was followed by cheaper and more regular public transport (34%), cheaper car tax for driving less (33%), practical advice on how to reduce mileage (26%), free MOTs for lower mileage drivers (27%) and being able to work from home regularly (23%).

According to By Miles’s research, 30 million Brits plan to drive less due to environmental concerns, but 93% agree it will be challenging to execute this.

James Blackham, co-founder of By Miles, said: “Months of lockdown have proven the impact that driving less has on air pollution and carbon emissions. And its shown millions of drivers that it is possible to cut back, even slightly, by making small changes.

“But we need to make it even easier for people to make changes that will save the planet and incentivise them to do it. It’s clear that people want to take positive action, but with little guidance coming from the government and insurers taking little responsibility, the burden has fallen on the shoulders of the public. This isn’t fair.”

Enforced lockdown rules saw driving levels at the end of March plummet by 74%, according to real-time driving data from By Miles members.

Furthermore, as transport levels reduced during lockdown, daily global CO2 emissions decreased by 17%. As the biggest source of air and noise pollution in the UK, transport is responsible for around a third of the UK’s CO2 emissions.

By Miles saw a spike in its flexible pay-as-you-go insurance policies during lockdown and argues that this can be part of the solution.

After surveying its own members, the insurtech found that 36% of people on a pay-by-mile car insurance policy said they were driving less since starting on the policy. Meanwhile 82% confirmed it was specifically the pay-as-you-drive policy that influenced them to cut the number of miles they are driving.

“This crisis has shown UK drivers that the way car insurance works is unfair. Insurers have pocketed £1bn in profits from a decrease in claims as cars were not on the road. Insurance needs to evolve to work in this new world. It is time to move towards car insurance that offers more flexibility and actually encourages people to drive less,” Blackham added.

By Miles’s research asked British drivers if they were looking to reduce their personal carbon emissions and how they intended to do it in 2020:

“The government needs to share practical advice on how to reduce mileage in private vehicles and make it readily available. They also need to introduce greater financial incentives to increase the pace of change. And we know these little nudges work – just look at the success of the plastic bag tax. Reducing tax for those who drive below 7,000 miles a year would be a brilliant start and would show those who reduce their miles that their actions are appreciated,” he continued.

The research also found that under half of the drivers polled (46%) identify transport as the biggest contributor to UK carbon emissions and 49% know short journeys of less than one mile are the most polluting.

To reduce their mileage, the car drivers surveyed plan to switch to walking or cycling for short journeys or by implementing the following:

Nevertheless 21% admitted that their lifestyle does not allow them to drive less, while others list the convenience of driving (35%), lack of public transport (26%) and a lack of incentives from insurers (20%) as well as the government (16%) as the main reasons why they struggle to reduce the mileage they drive in their cars.

Over half of the respondents (59%) believe that those who drive less should pay less for their insurance.

Simon Birkett, founder and director of Clean Air in London, believes it is time for a “cleverer, joined up approach to traffic pollution”.

“We urgently need ministers and mayors to support and build on these sorts of initiatives. They could start by replacing the current blunt instruments of the ultra-low emission zone and congestion charging in central London and the London-wide Low Emission Zone with bigger, stronger, smarter and fairer Emissions Based Road Charging,” Birkett added.

Clara Goldsmith, campaign director at The Climate Coalition, said “We need investment in the solutions we need to live sustainably.

“Transport makes up around a third of the UK’s carbon emissions. That is why we need the UK government to build a zero-carbon transport system fit for the 21st century, which can boost productivity, create jobs and clean up the air we breathe.

”Instead of new road building, priority should be given to the electrification and upgrade of public transport, increasing investment in electric vehicle charging infrastructure, speeding up the transition to electric vehicles and a long-term programme of investment for walking and cycling,” Goldsmith said.

By Miles is also a signatory of The Climate Coalition Declaration – an open letter to the prime minister asking for a healthy, greener, fairer tomorrow by urging the government to make it easier and cheaper to get around without a car. 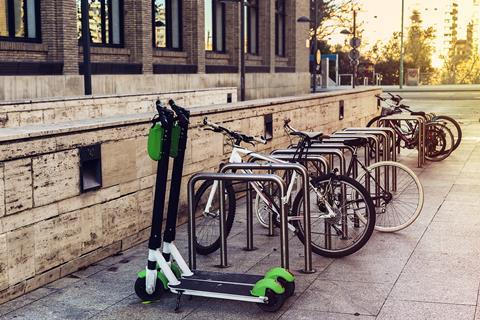