The regulator calculated that 10,207 BI policyholders out of the 21,140 who have had claims accepted have received at least an interim payment

Following the Supreme Court decision in January around Covid-19-related business interruption (BI) claims, insurers have so far paid out just under £472m in interim and final BI claim payouts across 10,207 claims, according to new data published by the FCA.

On 22 March, the FCA published its first round of submitted data from insurers, relating only to claims and complaints on non-damage BI policies that were directly affected by the test case, against its updated list of policies.

Meanwhile, the aggregate value of claim payouts for the 8,177 claims where a final settlement has been agreed and paid is £279,823,468. 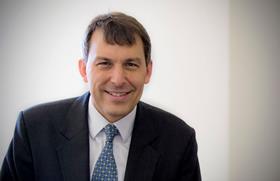 The FCA calculated that this means 10,207 BI policyholders out of the 21,140 who have had claims accepted have received at least an interim payment.

However, the FCA did also note that “some insurers may have reached different conclusions on whether similar policies are, in principle, capable of responding to the Covid-19 pandemic.

“This is particularly the case for policies which require the policyholder to prove the presence of coronavirus at the premises.

“This may affect the number of accepted and pending claims that some insurers have reported. We will work with relevant insurers to ensure consistency in future reporting and will gather and publish this data each month.”

The FCA further reminded insurers “of the need to handle claims promptly and fairly and to provide reasonable guidance to help a policyholder to make a claim”.