Since Wednesday, when the recent heatwave began to peter out, LV= has received nearly 150 claims for flood and storm damage

LV= has paid out around £100,000 for flood and storm damage claims resulting from flash flooding in Kirkcaldy, Scotland, following on from this week’s heatwave.

The insurer turned around these claims settlements in less than 24 hours for its customers based in this region, situated on Scotland’s east coast.

Since Wednesday this week, when the warm weather developed into heavy showers and thunderstorms across the UK, LV= received nearly 150 claims for storm and flood damage; 92% of these have been accepted and are in the process of being resolved.

In Kirkcaldy, LV= opted for a proactive approach. Upon hearing news reports of damage caused to cars from heavy rainfall, the insurer contacted its car insurance customers directly to see if they needed any support.

One affected customer is also an NHS employee – in recognition of this and in support of the NHS’s work during the pandemic, LV= waived the excess on this customer’s claim.

Martin Milliner, claims director at LV= GI, said: “When we saw the reports in the news of the damage the storms were causing in Kirkcaldy, we felt that the right thing to do was to try and get in touch with our customers and see if they needed our help.

“As a business, we take a lot of pride in trying to do everything we can to help our customers and we’re really pleased that for many we’ve been able to help them in the space of just 24 hours.” 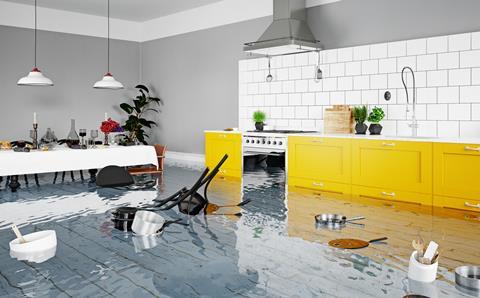