Both hires have had ‘illustrious careers in the insurance industry’

Utley’s career in financial services spans more than 30 years, with 10 years in the banking sector and 20 years in insurance. 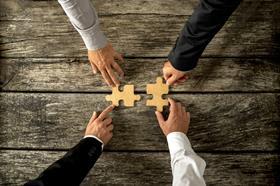 More recently, as chairman of Hastings Insurance Group, Utley led the firm’s management buyout (MGO) from IAG, as well as its initial public offering (IPO) and subsequent listing on the UK Stock Exchange.

Donaldson, on the other hand, also has extensive experience in the financial services and insurance sector.

Previously, he was group chief executive at BGL Group – he originally joined as national sales and operations director in 2001.

At BGL, Donaldson led the development of the group’s digital strategy, resulting in the creation of ComparetheMarket.com.

He has also held NED appointments at the Cambridge Building Society as well as financial institution Oplo, and is currently chairman at private equity firm Livingbridge, which is backed Three Rock Group in Ireland.

“They’ve both enjoyed illustrious careers in the insurance industry and I am delighted they’ve chosen to join us at this exciting time to share their breadth of experience and knowledge.”