Birmingham’s B5 postcode has been tipped as the top claims hotspot for burglaries for the second year running - however overall, during the pandemic this type of crime has reduced.

This is according to price comparison site MoneySuperMarket’s annual burglary claims hotspots research, which looked at 3.1m home insurance claims over the last two years, picking out locations of claims for home contents theft within a five-year period.

Kate Devine, insurance expert at MoneySuperMarket, said: “Our research reveals that after a few years of rises, burglary claims started to fall this year – something we believe is most likely linked to the various lockdown restrictions implemented over the past 10 months.”

This follows prime minster Boris Johnson announcing at the beginning of the year that the UK was to be plunged into another national lockdown after coronavirus cases of the new variant soared. 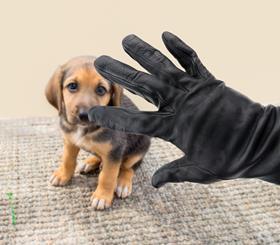 Read more…Criminals cash in on lockdown puppy surge, but insurance does not cover ransom

The top five postcodes with the highest average claims are:

These are all Birmingham and Greater London postcodes.

In the darker months, burglaries are more common, with claim numbers being 22% higher in the autumn compared to spring.

And houses remain the preferred target of burglars – being over 12 times more likely to be burgled than flats.

In contrast, residents in Bideford, Devon were least likely to make a burglary claim, with 0.53 claims per 1,000 quotes.

Devine added: “If you’re unlucky enough to have been a victim of burglary, it’s possible that you’ve seen an increase in your premiums.

“Our research finds that a previous burglary claim adds up to £36 on your premium on average.”

She recommended shopping around if customers wish to reduce their premium price.

But after consecutive years of claims increases, MoneySuperMarket said that this fall is likely because more homes are occupied as a result of coronavirus restrictions – something which acts as a deterrent to would-be burglars.

Devine continued: “With more people at home than normal, it makes sense that potential burglars would see this as a deterrent, which could explain the fall in claim numbers.

“One way to do this is to look at the type of locks you currently have in your home, to help bolster the security of your doors and windows. Further measures such as burglar alarms, security lights and timers on your indoor lights that give the illusion of occupancy are also effective deterrents against burglars.”