Norgrove will take over the helm from 10 January 2022, subject to regulatory approval – he will report to Charles Brindamour, chief executive of Intact Financial Corporation, and Mark Hodges, chair of the RSA UK and international board.

He will also sit on Intact Financial Corporation’s operating committee.

Speaking on the appointment, Brindamour said: “I am pleased to welcome Ken back to RSA as [chief executive] UK and international as we build on the momentum of the last few years and set our sights on achieving sustainable outperformance. 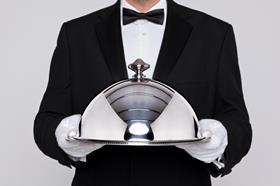 Read more…RSA hasn’t ‘missed a beat in terms of service’ to brokers, but survey results differ

“He brings an excellent knowledge of RSA and the insurance industry to his role and his passion for RSA and its success is very clear.”

Most recently, Norgrove was chief executive of RSA Scandinavia between 2019 and June 2021, when Bidco, a wholly owned subsidiary of Canadian insurer Intact Financial Corporation, and Danish insurer Tryg A/S completed their acquisition of RSA.

Prior to this, Norgrove led RSA Ireland between 2014 and 2019 and also spent four years working for the insurer in the UK from 1986.

Hodges added: “Ken is well known and respected in the market and by the team and I’m delighted to welcome him to the board. He is coming back to RSA at a critical time as we chart our path to outperformance.”

Charlotte Jones, RSA’s chief financial officer, will serve as interim chief executive until the regulatory approvals for Norgrove’s appointment have been received.

Leaving on a high

Egan, meanwhile, will be leaving the business at the end of 2021.

Brindamour noted that Egan has “done a tremendous job leading the turnaround of the UK&I business”.

He continued: “He built a very strong team and the performance of the business is much improved because of his leadership. We wish him all the best in his future endeavours.”

Hodges added: “Scott’s accomplishments in improving our performance over the last three years provide the foundation for this next phase of our development.

“On behalf of the board, I’d like to thank him for his significant contribution to RSA and wish him well for his next challenge.”