Allianz Insurance, part of the Allianz Group, detected a record-breaking £65.8m worth of insurance fraud in 2020 from claims farmers, rogue loss assessors and organised crime.

As a result of adopting a ‘Know Your Opponent’ strategy, focused on rogue loss assessors, Allianz produced £1.3m of fraud savings in large loss claims - overall, the business exceeded its fraud savings target by £2.9m.

James Burge, the insurer’s head of counter fraud, said: “I am delighted that we reached such a significant amount in fraud detections and savings in 2020.

“We’ve taken proactive steps to improved collaboration over the past 12 months and these results demonstrate they are working.”

A significant volume of fraud in 2020 was linked to cavity wall insulation claims - Allianz’s fraud team detected £2.6m worth of exaggerated and false claims in this area. 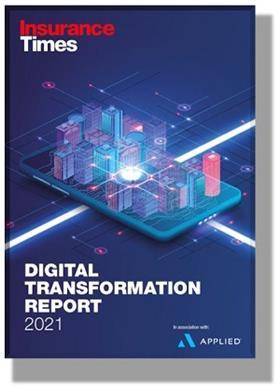 Allianz’s organised fraud team tackled over £5.5m worth of fraud committed by organised criminals, resulting in 10 operations being opened and three closed in 2020.

Allianz’s Operation Overwatch began in November 2018 as a result of its fraud team identifying a claimant solicitor firm that had submitted claims via the Ministry of Justice portal, which were connected to suspected fraudulent accidents occurring in the West Midlands area.

Upon completion of the investigation, it was determined that these incidents had indeed been induced, indicating that claimant solicitors were either not conducting appropriate validation checks of their own clients or were complicit in presenting suspect claims to Allianz.

The claimant solicitor firm was referred to the Solicitors Regulation Authority (SRA) for its involvement.

A further trend is casualty fraud, which increased by more than £2m compared to 2019.

In 2020, Allianz pursued its first private prosecution case – a man who had claimed £4,000 for personal injury but was not in the vehicle at the time of the incident - received an immediate 12-month prison sentence with no suspension.

Burge added: “During 2021, fraud detection and prevention will remain a key priority for Allianz and our plan is to continue to build on the collaborative approach we’ve put in place, which is clearly achieving excellent results.

“I’m very proud of our expert fraud teams and everyone who plays a part in tackling fraud.”

Allianz saw the following, more uncommon, cases of fraud in 2020: