The insurer initially declined Chartered Society of Physiotherapy members’ claims under its surgery policy, but has now revised its stance

Despite declining evidence brought by the trio of organisations in March around CSP’s physiotherapist members’ previously rejected BI claims linked to the pandemic, James Hallam confirmed at the end of last week that Aviva has “reviewed [its] position on coverage and amended [its] stance” after facing threats that individual policyholders may decide to take their claims to the Financial Ombudsman Service (FOS).

In a letter to affected CSP members, James Hallam said: “As advised in March, Aviva declined evidence presented by James Hallam, the CSP and Physio First to support your previously rejected claims, following what was regarded as a positive Supreme Court judgment in January.

“We then examined the viability of independent legal arbitration with Aviva, whereby policyholders would act together in a class action against Aviva, which could result in an accelerated resolution.

“However, after numerous discussions between Aviva and our lawyers over a number of months, we were unable to agree a framework for the arbitration that was within the funding offered by Aviva.

“The last remaining option was for individual policyholders who qualified following a complaints process could escalate [their claims] ultimately to the Financial Ombudsman Service. This was an unattractive option for all parties. 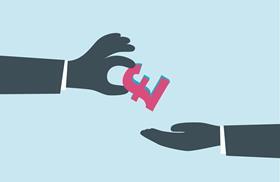 “As a consequence, Aviva has now reviewed [its] position on coverage and amended [its] stance.

“From Friday 23 July, you will start to receive letters from Aviva, one for claims previously submitted and a slightly different version if you have already raised a complaint with Aviva about the decline of your claim.”

According to James Hallam, Aviva previously determined that CSP members insured under its surgery policy would only have cover in principle under its ‘government or local authority action’ extension, where the insured premises comprised of a mixed use facility.

This would include, for example, physios working out of fitness studios or gyms that were required to close as a result of action or advice from the UK government in response to the Covid-19 pandemic.

However, James Hallam confirmed that “Aviva [has] now determined that if you were required to cease carrying out activities at your insured premises involving face-to-face consultations in respect of non-urgent services, in order to comply with guidance issued by the [the Health and Care Professions Council] or CSP, [Aviva] will accept cover to the extent you have incurred losses from an inability to carry out such activities”.

The broker continued: “[Aviva] will not be able to accept cover in respect of losses that relate to aspects of your business that were permitted to continue by the relevant HCPC and CSP guidance, or in respect of any period during which the guidance indicated that such face-to-face consultations could resume.”

Claims under this specific policy’s government or local authority action extension are “subject to an aggregate limit of liability of £25,000 for the period of insurance”, James Hallam added.

The broker explained that affected CSP members can expect a letter from Aviva shortly, which will confirm any next steps that need to be taken, for example if claims need to be resubmitted.

“We appreciate this has been a very challenging period for our clients, but we have been working tirelessly behind the scenes to navigate a very complex legal argument with Aviva,” the broker said.

“We very much appreciate your patience, allowing us to reach this long-awaited conclusion and our thanks also go to the CSP and Physio First for their assistance with the legal arguments to support the matter.”

Natalie Beswetherick, CSP’s director of practice and development, added: “We know how difficult the last year has been for our members working in private practice and we are delighted that by fighting the previous unacceptable position, we have finally secured some positive news.”

An Aviva spokesperson said: ”In responding to Covid-19 business interruption claims, Aviva has endeavoured to interpret policy terms in a way that treats customers consistently and fairly across all policies. Whilst business interruption caused by Covid-19 is not covered under Aviva’s standard policy terms, there are some specialist broker wordings where cover may operate.

”In relation to claims under the ’government or local authority action’ cover for this specialist physio scheme, physiotherapists, being medical practitioners, were expressly exempted from central government’s closure orders. From the outset, however, we have accepted claims where a practice was within wider premises ordered to close, or where a discrete part of their business was non-medical in nature.

“The Supreme Court’s judgment has assisted interpretation, although there is no direct read across to these policies.

”We are grateful for the assistance of James Hallam Insurance Brokers and the Chartered Society of Physiotherapy (CSP), which has been helpful in enabling us to apply that judgment to the very specific practical circumstances of physiotherapy practice. Aviva has actively pursued ways to resolve these complex technical questions and has now undertaken its own further evaluation.

”Aviva has now agreed additional circumstances where the policy provides cover - where a practitioner was required to cease carrying out activities at their insured premises involving face-to-face consultations in respect of non-urgent medical services, in order to comply with guidance issued by the Health and Care Professions Council, or the CSP, further to central government advice and instructions.”