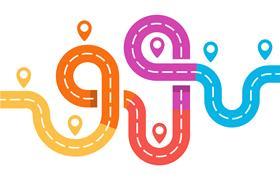 Across the group, Axa’s gross revenue for P&C moved from €73.4bn in the first nine months of 2020 to €76bn for the same period this year.

In particular, overall commercial lines revenue improved by 7% to hit €25.5bn – the insurer attributed this to “positive price effects” as well as the work being done by its subsidiary Axa XL.

The insurer additionally noted that price increases at renewal “remained strong” at Axa XL in the nine months to 30 September 2021, with an increase of 15% for insurance prices and a 9% uptick for reinsurance.

Meanwhile, personal lines revenues were “stable” over the first nine months of the year, amounting to €13bn at the end of this reporting period. This was mainly influenced by 4% higher revenues in non-motor business across the group, compared to a 2% revenue fall in motor.

“Revenues increased overall by 7%, with all business lines and geographies contributing to this strong growth.