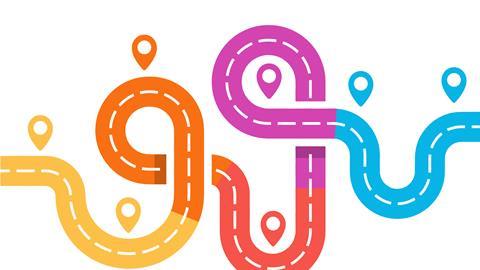 Insurance firms will ‘struggle in the war for talent’ if they are unable to get the balance right for their workforce between home and office working, says UK retail boss

Insurer Axa plans to take a “test and learn” approach when establishing its hybrid working model post-pandemic, to explore “what the right balance is” between home and office working “for colleagues, customers and for Axa the organisation”, said Tara Foley, Axa’s chief executive of UK retail.

Describing the uptick in home and remote working as “a really interesting side effect” of the Covid-19 pandemic, Foley told Insurance Times that Axa is “very cognisant” of the “huge benefits to having an agile and flexible workplace”.

With this in mind, the insurer plans to adopt a “test and learn approach to this”, to help the business “move forward and evolve into what may be the right end state” when it comes to balancing office and home-based working.

Foley explained: “We have a whole programme, which we call ‘Smart Working’, where we’re looking at how we can offer [hybrid working] in the best way for colleagues, customers and for Axa the organisation.

“We’re going to adopt a test and learn approach to this and move forward and evolve into what may be the right end state because I don’t think anyone really knows - even though organisations are proclaiming it’s either 100% at home or 100% in, or X days in, X days not.

“I think our attitude is we’re going to test and learn our way through this and see what the right balance is.”

“If you’re not able to offer this to employees, to prospective employees or employees going forward, I think you’ll struggle in the war for talent,” she noted.

Foley herself is no stranger to embracing the home working dynamic – in fact, after joining Axa in November 2020, she “onboarded almost completely virtually”, which “was a very new experience for me to join an organisation in this role virtually”.

This had “pros and cons”, according to Foley.

She continued: “Cons are obviously you can’t get out and about and walk the floor with your colleagues and sit down and chat – you don’t get the same level of interaction, but fingers crossed that’s coming.

Read more…Lucinda Charles-Jones: Doing the ‘right thing’ for employees will benefit customers too

“But the pros, the advantages were the time that you would normally spend travelling, etc, I was able to use that time to immerse myself in the retail business at Axa, really understand the trends, the underlying health of the various businesses that we have [and] also spend time understanding the market, the dynamics, the trends we’re seeing there.”

Although acknowledging the time-boosting benefits of working from home, Foley added that there are still “definite benefits to being in the office”.

“We know that learning on the job, learning from your colleagues, learning by osmosis almost, that’s a key benefit of being in the office. And also, the sense of community,” she continued.

Prior to joining Axa last year, Foley had served tenures at both Lloyds Banking Group – most recently as Bank of Scotland’s managing director – and Deutsche Bank. Although both businesses are mainly focused around banking services, Foley had been able to dabble in insurance, which piqued her interest in the sector.

“In my previous experience at Lloyds, I had actually been involved in insurance. Lloyds has an insurance company and I had been [chief operations officer] of that for a period of time,” she explained.

“And then when I was running Bank of Scotland, I was account executive for the distribution of the insurance products across the three brands, which was Lloyds, Halifax and Bank of Scotland. So, I had some exposure and I always found it quite interesting,” she said.

However, the main driver for Foley accepting the position at Axa was the “unprecedented levels of change in the insurance industry at the moment, particularly in retail”.

She continued: “When I got this opportunity, I was aware that there’s unprecedented levels of change in the insurance industry at the moment, particularly in retail, to some degree triggered by the FCA fair pricing ruling, which really changes the dynamics, but also I think Covid – as with every other industry – has completely accelerated trends that were starting to emerge.

“So, what an exciting time to be part of something because you can be part of shaping and building the future. For me, that was really attractive.

“Insurance is such an important product – I had seen this in my previous roles and I had seen it again now.

“It’s one of those almost grudge purchase products that you don’t want to think hugely about – you know you need to be protected, you get the product, but when an event happens where you need it, it really is so vitally important that it’s in place and the support and help it can give individuals and families, it’s just fantastic to see. To be part of an organisation that can provide that is very motivating.”

Foley also spoke highly of her new employer, describing Axa as a “fantastic brand” and a “great, established global business”.

“It’s very intellectually stimulating to be part of that kind of environment,” she added.