Dentists threaten to sue insurers after being denied insurance payout

Some dentists in the UK are threatening to sue their insurers after being refused business interruption payouts following a nationwide lockdown.

Dentists, one of the few high-street operators not able to claim for business rates relief, have warned they are now under massive financial pressure and at risk of collapse, according to The Telegraph.

Most dentists are self-employed and do not qualify for the government support loan as they earn just above the £50, 000 threshold per year.

With all routine care now suspended, more than 70% of practices report they can only remain financially sustainable for three months or less, with approximately one in five estimating that they can only last a month.

The British Dental Association (BDA) said that 20% of dentists fear that they will run out of cash within a month.

Mick Armstrong British Dental Association chair told Insurance Times: “Dentists looking for a safety net have got little from government and have got nothing from their insurance policies.

“This service faces a deeply uncertain future. In the face of potentially crippling losses it is quite right that policy holders have real clarity on their entitlements.”

Meanwhile a new micro loans scheme for businesses that will be underwritten by the taxpayer was announced by the chancellor yesterday after some firms were found to be struggling to obtain support. It is unknown whether dentists will be eligible for this.

Last week, the BDA welcomed a call from 101 MPs across seven parties who joined forces to demand action from the chancellor on the matter to throw a lifeline to UK dentists.

A letter to the chancellor from Fleur Anderson, Labour MP for Putney, Roehampton and Southfields highlighted that new evidence suggests that more than three-quarters of dentists will receive no support from government support schemes.

The letter said that due to dentists earning just over the £50,000 threshold, they have no choice but to apply to the Coronavirus Business Interruption Loan Scheme (CBIL), but 90% were unable to secure credit.

While some dentists will get support from the NHS, most private practices will not be as lucky. 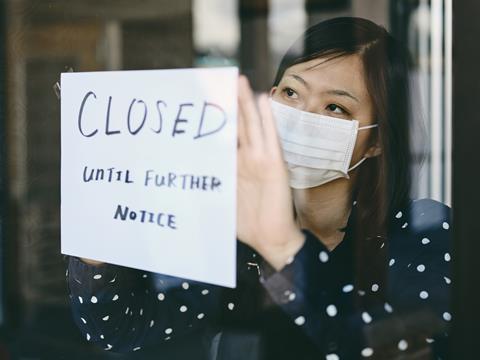