The FCA yesterday (13 July) published its skeleton argument against insurers ahead of its test case hearing exploring the clarity of business interruption policy wordings in relation to claims made because of the Covid-19 pandemic.

In the 322-page document, the FCA said that insurers “have been adopting an unduly narrow approach” and have been “misguided” in how they establish claim causation; the FCA berated the fact that the individual merits of each claim are not even considered when insurers are deciding whether policyholders are covered or not.

Legal representatives for the regulator wrote: “The purpose of this test case procedure was not and could not be to give a conclusive determination on the facts as to the indemnity to be provided by these insurers to each of their many thousands of policyholders.

“It was to remove the uncertainty that had been created by the insurers’ reliance on reasons for denying cover which were of general application to policyholders under the policies in question and their refusal to even countenance consideration of the claims affected by such reasons on their individual merits.

“Although these submissions have necessarily had to delve into the detail of the individual policies (and some of them have their own individual quirks which the court will need to address), what should be clear is that the insurers have been adopting an unduly narrow approach to the application of their insuring clauses and a misguided approach to causation and the application of any relevant ‘trends’ clauses.”

The FCA added that the test case also seeks to remove “roadblocks” that it feels insurers have placed in policyholders’ way, hampering the claims process.

It said: “The FCA seeks and is entitled to declaratory relief to correct the errors in insurers’ approach to the claims against them under the policies being tested in this litigation so that each claim can then be considered and adjusted on its own individual merits free from the inappropriate ‘roadblocks’ that insurers have put in policyholders’ way.”

A key focus for the regulator lies in helping small and medium sized enterprises (SMEs) to “stay afloat” after the coronavirus crisis has led to “immense financial strain” on this demographic in particular.

“A large number of disputed insurance claims have been made by SMEs under policies covering business interruption losses, particularly – and relevantly in this action – under extensions or other coverage clauses that do not require property damage, instead being focused entirely on events causing an impact to the insured business,” the skeleton argument document read.

“These policyholders are generally not sophisticated or well-resourced insurance buyers in the way a large corporate would be. It is against that background that the FCA thus seeks legal certainty for the benefit of all stakeholders, and to achieve this urgently in the public interest to facilitate the continuation of businesses to the extent they have survived in the meantime or to bring some relief and opportunity for those that have not.”

Alongside the FCA’s skeleton argument, legal representatives have also published skeleton trial documentation for the intervention of action groups, including the Hiscox Action Group (HAG) and the Hospitality Insurance Group Action (HIGA).

HIGA, which is contending rejected BI claims with insurers QBE and RSA, said: “Having provided cover for notifiable diseases, RSA and QBE effectively say that they did so only for little notifiable diseases to which the response was strictly confined. They do so almost entirely on the basis of the relevant geographical restriction in each of the potentially applicable insuring clauses. It simply will not bear the weight which they need it to.”

HAG, on the other hand, is intervening in the FCA’s case because of Hiscox policies that have failed to pay out for Covid-19-related BI claims; the group defined Hiscox’s stance as “a matter of huge regret and concern”.

It said: “In the circumstances, the Hiscox Interveners of course seek an indemnity from Hiscox. As the court will obviously recognise, the outlook for the economy is extremely bleak. Whilst that does not assist with the proper construction of the policies in issue in this case, it is essential to recognise the consequences of the Hiscox’s refusal to indemnify its insureds at the time when they need support the most.

“Properly construed, the Hiscox policies do respond, relying on the public authority clause with no one-mile restriction. In those circumstances, Hiscox’s position is a matter of huge regret and concern to the Hiscox interveners.

“Indeed, many Hiscox interveners have suffered further significant losses as a result of Hiscox’s conduct and seek additional damages from Hiscox under s.13A Insurance Act 2015 in respect of such losses – in many cases, an indemnity from Hiscox will be the difference between survival or not for the businesses and the livelihoods of those involved.

“Given the representation before the court, the extent of the pleadings, the issues and the submissions, it would be easy to forget what this case actually concerns: each small, individual business’s claim under its low-value business interruption insurance in respect of its individual losses. There is a significant risk in Hiscox’s approach of over-intellectualising and overcomplicating issues that, in fact, have clear and simple answers.”

The test case is due to be heard at the High Court from 20 July. The eight insurers involved published their defence documentation on 24 June. 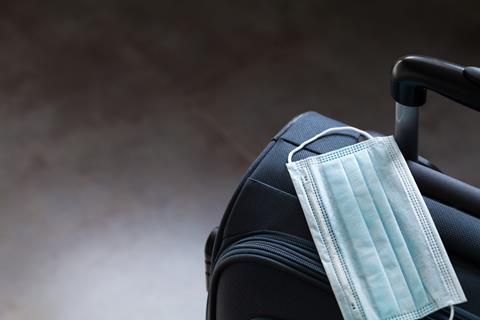