Insurance industry must play ‘a fundamental role’ in the transition to net zero, says Prince of Wales

The role the insurance sector must play has ‘never been greater’, says ABI director general

The UK insurance sector’s contribution will be vital to creating a sustainable economy, His Royal Highness the Prince of Wales has said. 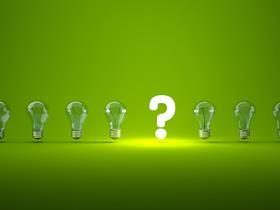 Read more… The Big Question June 2022: How is the insurance sector progressing in its plans to achieve net zero?

Speaking via a recorded message played at the ABI’s Climate Change Summit today (8 June 2022), Prince Charles said: “The insurance industry has a fundamental role to play [in the transition to net zero] through its understanding of physical and transition risks and its ability to provide a financial safety net to empower brave climate action and innovation.”

These comments followed the royal’s sobering assessment of the global economy, the threats of climate change and interrelated issues such as global health and security.

Prince Charles added: “I can only call on every individual and every firm in this sector to take action on the four areas set out in the ABI’s own excellent road map.”

To coincide with the Climate Change Summit, the ABI has today published its Good practice guidance on engaging with supply chains for insurance and long-term savings providers. The document supports the first stage of the association’s climate change road map, which is to achieve net zero carbon emissions by 2050.

An updated 2022 road map was also published today to coincide with the ABI’s summit. In the update, the association shared progress on some of its key goals.

Key climate change achievements in the last year included 54% of general insurance firms represented by the ABI having joined the United Nations-backed Race to Zero campaign. A survey of firms that had not joined the campaign revealed that 94% of respondents were considering joining.

Speakers attending the ABI’s summit clarified that there was still more work to be done around the transition to net zero, however.

Andy Briggs, chair of the ABI board’s climate change committee and group chief executive at the Phoenix Group, said: ”The long-term savings and insurance sector is committed to playing a central part in the race to net zero – but we need to take the handbrake off.

“There is no time to spare in making the changes needed which can unlock the once in a lifetime opportunity to drive investment, which can cut emissions and deliver growth across the country.”

The ABI’s director general, Hannah Gurga, added: “There is no greater risk to society, our planet and to our sector itself than climate change. The role the insurance industry and long-term savings industry has to play has never been greater or more important.

“We have made significant progress on the transition to net zero and it’s good to see so many firms sign up to the Race to Zero campaign. However, we need to continue to focus our efforts on this greatest challenge – collaborative working across the industry and with government and regulators will be key.”