The insurer says that its payouts for domestic fire claims settled in 2020 amounted to £21,000 on average

Insurer Aviva is urging policyholders to be careful with barbecues and fire pits over the upcoming bank holiday weekend as it reported a 38% year-on-year increase in fire damage-related home insurance claims, according to Aol.

The insurer’s data found that between May to June 2019 and May to June 2020, home insurance claims for fire damage grew by 38% - Aviva attributed this increase to people having barbecues at home and burning rubbish in their gardens during the first Covid-19 lockdown. 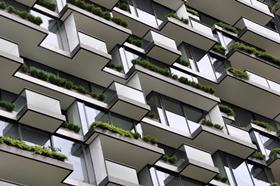 It warned that fire pit flames can also get out of control and that in many cases, fires starting in a neighbouring garden can blow over into the property next door.

Aviva’s records from 2020 showed that garden fire damage can range from costing a few hundred pounds to six-figure sums – its payouts for domestic fire claims settled in 2020 amounted to £21,000 on average, the insurer said.

Dave Lovely, claims director, general insurance at Aviva, said: “As people get together with friends and family over the long weekend, there’s every chance that barbecues will be popular again this year.

“However, with fire comes risk and unfortunately, last year we saw a huge increase in claims in May and June when bonfires and barbecues had gone wrong.

“Problems can occur when fires and barbecues are situated too close to sheds, fences and buildings and this is something we often see through our claims.

“Another common cause is when people have disposed of embers while they’re still too hot and they’ve gone on to set a bin alight and caused a bigger blaze.

“Fire pits have also grown in popularity in recent years and while they’re great for keeping warm on those cooler days, we’ve seen several examples where flames have got out of hand.”