Plus, data is becoming increasingly important as it provides ’some real insight into your numbers’, which insurers want, says chief executive

Manchester was speaking at Insurance Times’ BrokerFest 2022 conference this week (16 June 2022), in a session entitled MGAs and insurers: The ongoing capacity challenge.

Addressing delegates gathered at St Paul’s, Manchester explained that although private equity has been the driving force behind a lot of broker M&A movement, the same is untrue for MGAs due to differing business models. 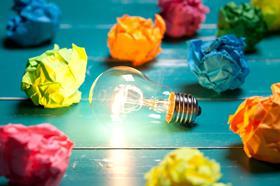 He explained: “The problem with MGAs and M&A is [that] a lot of M&A and consolidation in the broker market is fuelled by private equity.

“All they care about really is [earnings before interest, taxes, depreciation and amortisation], so they can increase the value [of the broker] over three or four years and [then] move on to the next private equity appointment and make a fortune.

“PE doesn’t rest well with making an underwriting profit because there’s a time in the underwriting cycle when an MGA should write less income and PE won’t want to hear that. I struggle to see how PE will work in MGAs.”

Although Manchester believes private equity is not playing a huge role in MGA M&A, he did comment that “there is increased M&A activity in the MGA market”.

He added: “It’s not quite as prevalent as in the insurance broking market, but good MGAs will still be snapped up. Good MGAs make good money.”

In terms of lines of business that are currently challenging for MGAs, Manchester identified motor and professional indemnity. He added that claims arising from the legal sector – and in particular from solicitors – is another area posing problems.

On the flip side, however, MGAs are also grasping emerging risk areas with both hands, such as renewable energy. Manchester feels that MGAs are providing the biggest market for placing these types of risks because they have skills that insurers don’t have – for example, nimbleness – and because they don’t focus on insuring the same “massive risks” as composite insurers.

He acknowledged commercial parametric insurer FloodFlash as one MGA leading innovation in the market.

Manchester added that he is also seeing plenty of new entrants coming into the MGA market, often after attracting “experienced” and “entrepreneurial” underwriters to come and work with them.

He said: “At the moment, it’s a great time for MGAs - provided that you’re one of the good ones that does tick the boxes because insurers get awfully nervous now about things like conduct risks.”

Focuses for the MGA market in terms of its relationship with insurers, meanwhile, include loss ratios, commissions, regulation and capacity.

However, one big focal point for the sector is data.

Manchester explained: “We deal with some of the German insurers and you cannot give them enough data. They just love data.

“I don’t believe they are capable of absorbing it all – in fact, I’m not convinced they look at it sometimes. But, you can do an awful lot with data now and particularly with machine learning and stuff like that, you can actually manipulate the data and get some real insight into your numbers – and insurers want that.