Rural insurer NFU Mutual has received over £80m worth of claims from customers who suffered damage following Storm Arwen – one of the most powerful winter storms of the last decade. 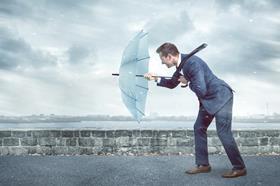 From 26 to 27 November 2021, Storm Arwen brought severe winds across the UK – triggering the meteorological business to issue a red weather wind warning.

The highest gust speed was 98mph at Brizlee Wood, Northumberland, with the North-East of the UK experiencing winds of 69mph.

These winds were then compounded by freezing temperatures, snow and localised flooding, which caused further damage.

Estimates from last year suggest the total cost of Storm Arwen across all insurers could be as high as £300m, according to PricewaterhouseCoopers (PwC) UK (November 2021).

“As the UK’s leading rural insurer with a network of over 295 local agency offices in communities across the country, we saw that this was the worst weather event to hit last year.

“Our teams responded to hundreds of calls in the first few hours and have since supported around 8,000 customers with claims ranging from business losses, ruined farming equipment and damage to property caused by dangerous winds – including some cases where entire roofs were ripped from buildings.

“Thankfully, advanced warning meant we were able to activate our emergency response, getting loss adjusters to customers with structural damage to their properties, alternative accommodation to those who needed it, and emergency payments wherever possible.

“Some repairs are still ongoing and the total cost of the damage seen by NFU Mutual has exceeded £80m, which goes to show the devastation such severe weather can cause.”