Comprehensive car insurance premiums have fallen by 12% (£71) since the second quarter of 2020, with UK motorists now paying £522 on average annually, according to the latest Confused.com Car Insurance Price Index, in association with Willis Towers Watson (WTW).

Graham Wright, UK lead of property and casualty (P&C) personal lines pricing at Willis Towers Watson (WTW), said: “Fewer claims during successive Covid-19 lockdowns have sustained the current downward trend for premiums across the board, with insurers continuing to pass on savings to customers.”

Wright expects, however, that with the increase in cars returning to the road from 19 July 2021, the subsequent uptick in miles driven could push premiums in the opposite direction. 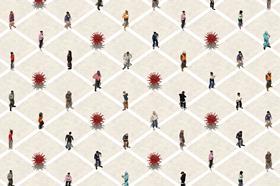 He continued: “Even without the pandemic, the regulatory reforms sweeping across the sector, including the FCA’s ban on general insurance price walking and [the] Ministry of Justice whiplash reforms, are creating simultaneous pressure for prices to both rise and fall respectively.

“With so many challenges in play at the same time, the personal lines industry is braced for one of the most turbulent times in its history.”

Between April and June 2021, Northern Ireland was the only UK region that saw a rise in comprehensive car insurance premiums, which increased by 1%.

On the flip side, the cheapest area is now Llandrindod Wells in Wales, where drivers were paying an average of £319 in the second quarter of 2021 for comprehensive car insurance.

Louise O’Shea, chief executive of Confused.com, added: “Between the upcoming FCA changes, which will spell out a period of uncertainty within the industry, and the price of fuel skyrocketing, among other motoring costs, it’s never been more prevalent a time for motorists to shop around.”