Despite the bill being welcomed, insurance industry leaders highlight concerns for buildings under 18 metres tall as ‘fire does not respect arbitrary height limits’

The government published its Building Safety Bill yesterday (5 July 2021), aiming to create lasting change and a clear pathway for the future on how residential buildings should be constructed and maintained.

As part of the reforms, the bill has established a new Building Safety Regulator to oversee the new regime and ensure that any building safety risks in new and existing high-rise residential buildings of 18 metres and above are effectively managed and resolved.

This two-tier regulatory system will include the implementation of specific gateway points, to make sure that safety risks are considered from the earliest stages of the planning process through to the building’s completion.

The regulations also include a ‘golden thread’ of information, which is a live digital document. This will be stored and updated throughout each building’s lifecycle, with the hope of establishing clear owner obligations and encouraging the regulator to act wherever necessary.

Housing secretary Robert Jenrick MP said: “The new building safety regime will be a proportionate one, ensuring [that] those buildings requiring remediation are brought to an acceptable standard of safety swiftly, reassuring the vast majority of residents and leaseholders in those buildings that their homes are safe.”

The bill, which will now have to pass through the House of Commons and House of Lords to become law, builds on Dame Judith Hackitt’s Independent Review of Building Regulations and Fire Safety (published May 2018), which highlighted the need for significant cultural and regulatory change following the Grenfell Tower fire in 2017.

The government has also increased the amount of time that residents can seek compensation for substandard construction work - from six to 15 years.

As the changes will apply retrospectively, residents of a building completed in 2010 will be able to bring proceedings against developers until 2025.

‘We can’t be complacent’

Lord Stephen Greenhalgh, minister for building and fire safety, added: “Though the overall risk of fire across all buildings remains low, we can’t be complacent – the more robust regime will take a proportionate and risk-based approach to remediation and other safety risks. 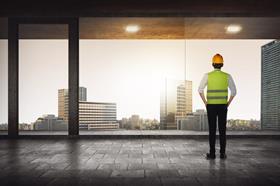 “By increasing our measures of enforcement, we will make sure industry follows the rules – and is held to account when it doesn’t.”

In terms of reducing potential risks further, the new regulator will also be able to move products from the market that present safety risks by using the Office for Products and Safety Standards (OPSS) - this delivers consumer protection by regulating a wide range of products, with a focus on safety and integrity.

The bill further outlines the legal requirement for building owners to explore alternative, evidence-based ways to meet remediation costs before passing these onto leaseholders.

Developers will additionally be required to become members of the New Homes Ombudsman scheme, which will require them to address problems in homes they have sold, including through awarding compensation.

Any business that breaks the stated rules and impacts public safety will be prosecuted or given civil penalties.

Welcoming the publication of the bill, James Dalton, director of general insurance policy at the ABI, said: “The ABI has long called for the fundamental reform of our building safety regulations and this is a landmark opportunity to deliver safer homes and business premises.

“Our industry has a crucial role to play in driving reform and we remain committed to working with the government and other stakeholders on these vital reforms.

“While there is much to support in this bill, such as the establishment of a Building Safety Regulator and [the] regulation of construction products, we want to see its scope extended to all buildings at fire risk, not solely those over 18 metres high.

“Fire does not respect arbitrary height limits and fire risk also needs to consider the use a building is being put to.”

Douglas Barnett, director of mid-market and customer risk management for Axa Insurance, added: “As it currently stands, the bill defines higher-risk buildings as being 18 metres or seven storeys and above.

“While we welcome the inclusion of buildings over 18 metres in height, [that are] likely to be occupied by those unable to evacuate themselves, we urge the government to expand the scope of the bill further to include other high-risk properties at any height, particularly for those buildings that accommodate vulnerable people and are of modern methods of construction.”

Also supporting the bill and touching on the advantages of implementing the live digital document, chief underwriting officer at Allianz Insurance Neil Clutterbuck, said: “There is much to welcome in the bill, which acknowledges that there are many factors at play when it comes to fire safety and introducing reforms.

“With clauses including the introduction of the ‘golden thread’ of information and examination of construction products, it should be easier for the insurance industry to evaluate and underwrite risks, thereby supporting the overall aim of helping people be and feel safe in their homes and workplaces.”