Aviva is ‘very confident’ ahead of FCA pricing reform implementation

The insurer is ‘committed to being ready’ for the upcoming regulatory deadlines, despite the amount of work that needs to be done by the end of the year, says UKGI boss

Insurer Aviva is “very confident about being in the right place for the 1 January” 2022, when the FCA’s reform for general insurance pricing in the motor and home insurance markets will fully come into effect.

The scheduled reform follows the publication of the FCA’s General Insurance pricing practices market study report in September 2020 – based on these findings, the regulator proposed a range of remedies and measures, primarily designed to tackle the practice of price walking, where new customers are offered more competitive insurance premiums compared to renewing policyholders.

A subsequent policy statement, published in May 2021, confirmed the implementation timetable for the changes, with two deadlines – 1 October 2021 for new systems and controls, as well as fair value focused product governance frameworks, and 1 January 2022 for pricing, auto-renewal, data reporting and premium finance changes. 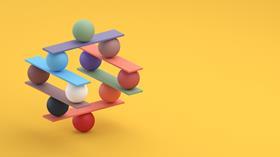 Despite acknowledging that “there’s a lot of work to do to be ready for the 1 January”, Aviva’s chief executive of UK general insurance Adam Winslow told Insurance Times that the insurer is “very confident about being in the right place” by the reform’s final new year launch date.

He said: “We absolutely welcome the FCA’s intent to bring clarity and consistency to consumers across general insurance pricing and we’ve been working very hard over the years to look at making the industry fair for everyone – new business and renewing customers.

“We are very committed to being ready and prepared in time for 1 January.”

He added that the pricing practice changes “will obviously be a big focus in the second half of the year” for Aviva.

In terms of other impactful industry changes, Winslow described the Motor Insurers’ Bureau and Ministry of Justice’s Official Injury Claim (OIC) portal for whiplash injuries as still “fairly new” following its launch at the end of May.

So far, “we haven’t seen a lot of volume come through it”, he said.

“We are incredibly supportive of the legislation that was enacted at the end of May and looking forward, in the passage of time, to seeing the OIC portal fulfil the customer outcomes it aims to deliver,” he added.