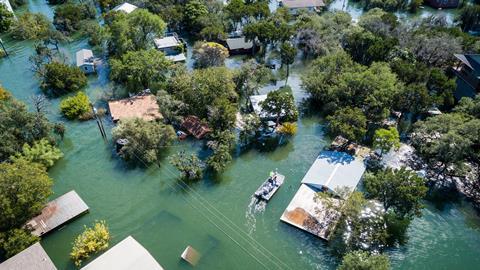 Change isn’t easy, but it needs to start now – Flood Re

Despite the efforts to support victims of the Doncaster flooding, insurers are still getting it wrong, says expert panel

Flood Re is ending in 2039, but there is still a lot of work to be done to reduce flood risk for properties. For insurers, there is a “great opportunity” to “lead from the front” when increasing the resilience of the UK housing stock, said Andy Bord, chief executive of Flood Re.

Bord was speaking at a webinar hosted by the ABI, where leaders from across the insurance industry discussed the changing nature of flood risk and what can therefore be done to rise to new challenges.

Reflecting on the flooding in Doncaster in November 2019, which directly affected 897 properties according to the Doncaster Flood Recovery Cabinet report (published 29 September 2020), Ward said these are “big moments for the industry” as a flood is “one of the reasons why [insurers] exist”.

“It’s part of our core purpose,” he added.

However, despite all the “effort and all of that hard work” from insurers, consumers’ responses don’t mirror the action being undertaken by insurers.

He said: “[Consumers and the press] would be talking about insurance company representatives riding into the impacted areas with hi vis jackets on to save the day and that’s not the case.

“So that tells you that despite everything we are doing and everything that we’re attempting here, we’re getting things wrong – we’re not delivering for customers in a way that they expect us to.”

According to Ward, the consistent themes throughout incidents like Doncaster and previous flood events include:

Ward continued: “The consistent themes are things that we all hope we don’t do within our individual firms, but the reality is that’s what customers are telling us is happening.”

Ward stated that although the response to flood risk has improved in recent years by firms taking advantage of Flood Re, an “obvious opportunity” to become better prepared for future flood events would be using the reinsurance scheme to signpost insurance firms, helping to provide customers with better suited cover.

Flood Re is a joint initiative between the UK government and insurers, with the aim of making flood cover within household insurance policies more affordable.

Every insurer that offers home insurance in the UK is required to pay into the Flood Re scheme. In doing so, this levy aims to raise £180m every year to cover flood risk in home insurance policies.

In order for Flood Re to safely exit the market when it ends in 2039, Bord explained that there are three general improvements that need to exist:

1. Reducing the risk of flooding.

2. Reducing the damage and costs of flooding.

He said: “The first is reducing the risk of flooding in the first place, which is primarily a government responsibility within each county within the UK.

“Even though the commitments to capital spend are five years through to 2027, which is typical parliamentary term commitment, [this is] not long enough to actually design, build and adequately protect communities, so I would say that needs to be at least 10 years in terms of commitments.

“The second is where flooding does take place, that we reduce the costs associated with that.

“Finally, maintaining an effective market for consumers to be informed about their flood risk, knowing what action they’ve got to take – one of the ways that can happen is when people buy, sell or rent probably the biggest asset they have – their home - and we advocate the use of a public flood performance certificate, so that people are more informed about their flood risk and actions they can take.”

Research conducted by Flood Re, published on 9 December 2020, indicated that most prospective home movers backed the introduction of FPCs, with 81% of respondents supporting the idea.

Bord added: “It’s learning to live with flooding, as well as seeking to reduce the likelihood of it.”

Read more…Flood deal spotlights the need for a proactive approach

For those who are dealing with flooding in their home, Ward expressed that communication is key.

He said: “There’s a really important point here if you think about the home being somebody’s most important purchase and, for many people, buying your first home is as significant a life event as getting married and having your first child because there’s an enormous amount of emotion invested in that.

“Watching your prized possessions being washed away is a traumatic experience.”

Therefore, Ward said that insurers need to be empathic to customers’ circumstances by acknowledging the mental health impact that a flood can have on a person.

To do this, Lloyds Banking Group has sought to put customers in touch with counselling solutions, to help them through the process and, in turn, make it “easier” for insurers to deal with the broader claim.

Discussing other options of how insurers can support flooding victims, Ward added: “Just getting things done quickly, so not [quibbling], making sure that you’re moving at pace, that you’re taking a really proactive approach, that you’re well organised in the areas where you’re dealing with flood claims, you’ve got people on the ground that are able to help out and that you’re not nickel-and-diming and spending large amounts of time arguing about how am I going to put laminate flooring over this wooden flooring to patch up the damage.

“That’s good for the customer and ultimately, it’ll be good for the insurance provider because the quicker you settle these claims, the smaller the amount they end up costing you.

“There’s plenty of opportunity here - it strikes me as a missed opportunity.”