Insufficient controls by the firm meant that ‘money flowed into the pockets of corrupt officials’, says the regulator’s director

The Financial Conduct Authority has hit broker JLT Specialty Limited (JLTSL) with a hefty fine of £7,881,700 for financial crime control failings, which in one instance allowed bribery of over $3m (£2.4m) to take place. 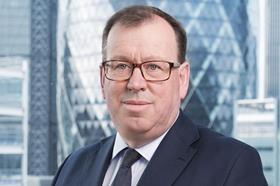 At the time of the crime, JLTSL formed part of JLT Group. The firm was responsible for placing business in the London reinsurance market for fellow group member JLT Re Columbia, which had been introduced by a third-party based in Panama.

The JLT Group was then acquired by Marsh McLennan in April 2019. JLTSL has been non-trading since the sales of its trade, assets and liabilities in 2020.

“It is because of risks such as this that we are maintaining our focus on financial businesses’ financial crime systems, taking action where these firms fall short.”

A spokesperson for Marsh McLennan said: “This matter relates to a former employee of JLT who pleaded guilty to charges arising from actions that took place in Ecuador from 2014 – 2016.”

These actions took place prior to Marsh’s acquisition of the JLT Group in 2019.

The spokesperson continued: “In early 2018, JLT voluntarily reported this matter to law enforcement authorities. As previously disclosed, we have cooperated fully with the investigation by the FCA and are pleased to put this matter behind us.”

The introducer then paid $3m (£2.4m) to government officials at a state-owned insurer, with the aim of helping retain and secure their business for JLTSL and JLT Re Colombia.

Following an investigation, the regulator found that JLTSL had failed to manage their business and risks responsibly and effectively.

JLTSL was previously fined £1,876,000 by the FCA in December 2013 for similar risk control failures around overseas third-parties, bribery and corruption.

Surprised that JLTSL was facing another financial penalty, Branko Bjelobaba, principal at compliance consultancy Branko, said that “one would have assumed” that “lessons were learnt” from previously finding that “systems and procedures put in place to mitigate the potential bribery and corruption risks associated with JLTSL’s third party relationships were inadequate during the period between February 2009 and May 2012”.

He continued: “Insurance brokers really need to understand where their business comes from and if – in any way – the source of any introduction is compromised.

“I am not saying that this just happens outside of the UK, but controls need to be in place to ensure that such payments are made legitimately without acting as a bribe to place the business.

“Firms with an international exposure, I am sure, will have applied themselves diligently to the task in hand but we are all aware that the way of doing business in some parts of the world is less than straightforward and it is critical that any local exposure is managed with the high propriety standards we have and expect here in the UK.”

Bjelobaba further noted that “any FCA authorised UK firm with an international structure, following the JLT fine, should really check what is going on”.

Mitigating factors considered by the FCA when deciding on the final financial penalty included JLTSL’s self-report in June 2017 and assistance provided to investigators during the inquiry, including providing access to material from JLT Group’s internal investigation.

JLTSL’s agreement to settle early on in the investigation resulted in a 30% reduction to the original penalty of £11,259,500.

She continued: “This must extend to all risks linked to financial crime and include third party partners and contractors and is not limited to regulated activities in the UK.

“The Bribery Act in 2010 created new offences, including the failure of commercial organisations operating in the UK to prevent bribery taking place, even if it is happens within another jurisdiction.

“While there is an understanding that hospitality and promotions are a legitimate business expense, the rules recognise that bribes can be disguised and it is up to businesses to ensure they aren’t.

“Businesses’ responsibility doesn’t stop at an initial risk assessment. Oversight is a continuous process which must evolve and develop in line with business changes. Second line and senior management oversight of business expenditure is key.

“As this case and recent criminal prosecutions outside of financial services demonstrate, bribery may be incredibly complex to trace, but regulators and the police are undeterred.”

For participating, you will receive the 2022 MGA Executive Report and be entered into a prize draw to win £250-worth of John Lewis vouchers.