EXCLUSIVE: The FCA’s general insurance pricing reform, which came into effect from 1 January 2022, has led to the biggest month-on-month increase in home and motor insurance premiums in over eight years, according to exclusive analysis from market research firm Consumer Intelligence.

Its latest data - published this month (February 2022) - which reviews average insurance premium movements across the four biggest price comparison websites as well as key direct insurers, found that home insurance premiums increased by 9.1% in January 2022, with average annual premiums for this line of business now sitting at £154.

Motor insurance premiums, meanwhile, rose by 4.9% over the last month, leading to an average annual premium of £705 for UK motorists. 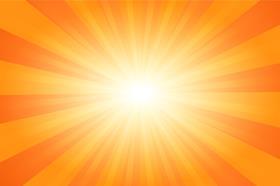 These findings contrast Consumer Intelligence’s last batch of data, which was published at the end of 2021 – this revealed falling premiums, with home insurance dropping 8.2% year-on-year and motor cover reducing by 7.6% over the same reporting period.

Miskelly continued: “We fully expected premiums to rise as a result of the new pricing regulations - it was simply a question of how much.

“We also predicted the larger increase in home insurance. Up until now, the home market has been a beneficiary of high levels of loyalty, but also prone to more extensive price walking.

“Many have asked us whether premiums will continue to rise. The answer is yes, but not as a continued reaction to the new regulations. The large increase seen in January was a one-time step change, signifying the industry’s move to become compliant with the new rules.

“Over the coming months, we will most likely see premium fluctuation at a brand level as providers jostle to find their place in the new competitive landscape.

“However, over the next year, underlying upward pressure on costs will likely see both markets harden and consumers pay more for their motor and home insurance. Factors contributing to this include the rising cost of motor repairs and parts, building materials and labour, among other things.”

Brokers, click here to take part. All brokers that participate in the survey will be placed into a prize draw and will receive an executive summary of the final results!