Motor claims have taken a nosedive in response to the national coronavirus lockdown; claims service provider Gallagher Basset recorded a 57% year-on-year drop off on motor claims between April 2019 and April 2020.

Using data from the sector’s low value injury claims portal, Andrew Sewell, Gallagher Bassett’s UK technical director, and Charlotte Harrison, the firm’s senior business development manager, told MGAA webinar attendees this week that motor claims fell by 52% in April for claims that were submitted in March. This is a 13% reduction compared to February 2020.

The pair led a session on Wednesday titled Covid-19: Impact on the claims industry, speaking to more than 100 insurance professionals via Zoom.

Sewell attributed the decline in motor claims to the government’s lockdown regime, implemented to mitigate the spread of Covid-19. This has resulted in a drop in overall vehicle use - around 25% of the levels recorded in January and February.

He continued: “Not unexpectedly, April has won the race so far as the lowest ever total number of claims submitted through the portal per business day since it’s inception, and for motor that’s back in 2010, so a huge and dramatic impact on volumes certainly in the motor space.”

Sewell added that Gallagher Bassett has noticed a difference in profile between commercial and personal lines too, as commercial vehicles are likely to still be operational on the roads during lockdown compared to parked personal cars. There has also been a corresponding drop in passenger claims due to individuals adhering to social distancing advice and not travelling in groups.

With less new claims being reported, Sewell recommended that this is a good time for insurers to review “stagnated claims” that are taking longer to conclude as these will only get more expensive over time.

“There’s a real opportunity for insurers to look at making early settlements on existing claims,” he said. “An exercise to review those stagnated claims that are stuck on the shelf or historically stuck on the shelf for a long period of time, not really going anywhere.”

Gallagher Bassett’s data further showed a decline in employers’ liability and public liability claims relating to injury; Sewell thought this was influenced by social distancing measures and staff being furloughed. EL dropped by 40% in April for claims submitted in March, which is a 46% year-on-year decrease compared to April 2019. PL recorded similar results.

Despite motor claim volume decelerating, Sewell said that severity has, in fact, increased – in part because of consumer behaviour.

He said: “Another side effect here is that the severity of incidents that have been reported have increased – [there is a] disproportionate numbers of pedestrians, joggers, more cyclists on the roads, including those who are less experienced, combined with worsening driving behaviours; speeding due to less congestion.

“There’s been a dramatic rise in the number of traffic signal collisions because people are missing red lights and maybe not being as attentive as they would ordinarily be. Reduced familiarity with controls or even the impact of vehicles not being maintained in the condition they were even three months ago with MOTs allowed to expire for a period of six months.

“Although volumes have dramatically decreased, it’s important to stress that where the severity is increased, it’s going to impact on the loss ratios for this period. We need to ensure that’s being looked at.”

Brokers - Do you receive a five-star service from your MGA partners? Complete this 5-minute survey and you could win £250 worth of John Lewis vouchers.

Sewell continued that many insurers will experience increased costs as a result of Covid-19, particularly in the motor sphere. This is because there will be less throughput, delays for repairs and parts are more commonplace, extra valeting and cleaning will need to be conducted and, as cars are off the road for longer, credit hire costs will also escalate.

Credit hire periods may also be longer as policyholders are unable to purchase new vehicles as quickly as they could pre-coronavirus; many car showrooms are only just opening their doors now as lockdown measures are loosened.

Arguments over these increased costs could become difficult, Sewell said. He added that settlements could become more common and could even be done on a bulk basis with some suppliers.

There could even be pressure on bodily injury claims, as insurers seek to determine whether policyholders are off work because of their injury or because of being furloughed.

As well as rising costs, insurers also have to contend with fraud opportunities. Sewell noted that claims farming and cold calls are on the up again, as is opportunistic fraud and the layering of claims, where claims values are boosted though additional services such as physio and rehabilitation. He said these services may be exaggerated, or not performed at all.

Harrison added that the Covid-19 pandemic has also bought new claims opportunities to the fore.

“The pandemic and the changes that it has bought to society are fairly immature, but it is already apparent that there will be new types of claims the industry has to react to,” she said.

This could include, for example, claims pertaining to home working, such as back injuries resulting from ergonomically poor home office set-ups, or increased stress because of longer, more irregular working hours.

Claims could also relate to coronavirus infections – around breached duty of care and risk assessments – or even non-infection issues, such as a lack of training for new staff or employees redistributed to different business areas.

Furthermore, insurers could see insolvency-related claims, especially as increasing numbers of businesses fall victim to the economic downturn and supply issues associated with the Covid-19 lockdown. 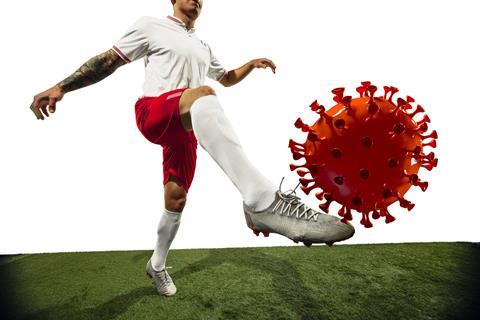