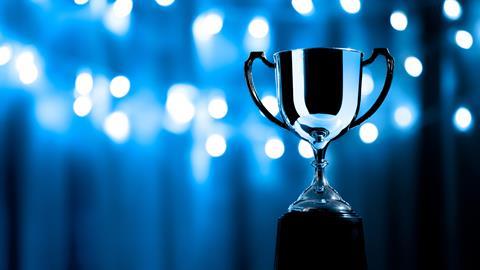 Insurance Times is back with another glitzy virtual ceremony and mystery host, this time to celebrate the best of claims in the industry. Which three firms bagged two awards each? Was it you?

With a second lockdown on the horizon amid the ongoing Covid-19 pandemic, the Insurance Times’s Claims Excellence Awards yesterday evening went virtual again.

Host Alan Dedicoat, best known for being the ‘Voice of the Balls’ on the National Lottery, presented Insurance Times’s second virtual ceremony of the year, following on from the success of the virtual Technology and Innovation Awards last month.  If you missed yesterday’s awards, you can catch the video below.

The BBC One announcer was assisted by the awards’ judges and the Insurance Times editorial team in presenting these sought after awards, 12 of which were up for grabs.

Insurance Times’s content director Saxon East said that it was important to “recognise the hard work, dedication and tenacity of our 2020 finalists as best we can”.

Insurtech FloodFlash doubled up to ’walk away’ with the Claims Product Solution of the Year – Insurtech and Claims Startup awards.

Regarding the first of these prizes, the judges said FloodFlash delivered a “life-changing and hugely impactful” solution, while for the latter award, the judges said the insurtech had “reimagined the insurance process and dared to look at things differently”.

Adam Rimmer, FloodFlash’s co-founder, said: “When insurance pays quickly, businesses have a much better chance of surviving. That’s why rapid payouts are at the heart of what we do. It’s great to be recognised twice as we continue to work towards the future of claims.”

This is in addition to the two awards the insurtech bagged at last month’s Technology and Innovation Awards.

Claims are the core of any insurance product so this is a fantastic evening for everyone that contributed to FloodFlash rapid-payouts success.

But FloodFlash was not the only firm to bag two awards yesterday.

Davies Group won two awards; firstly the Claims Training Excellence award, in which it was up against the likes of Aviva, Direct Commercial and Quest Gates, but the judges were amazed by the firm’s virtual reality platform and how it has empowered employees.

Davies Group also bagged the Claims Product Solution of the Year – Service Management accolade, as the entry “helped smooth the process for the customer” according to the judges.

Absolutely over the moon that our @Davies_Group Virtual Reality training platform has won at the @InsuranceTimes_ ITclaims awards 2020 , so immensely proud of this product! #itclaimsawards pic.twitter.com/JAcZphtS13

And loss adjustor Sedgwick International UK also won two awards, including Customer Care Solution of the Year - here, the judges thought Sedgwick was “off the moment” and had addressed vulnerable customers.

Sedgwick’s entry for Third Party Claims Management Team of the Year also stood out, as the judges said it showed “speed and adaptability with paying claims”.

Paul White, Sedgwick International UK’s chief executive said he was delighted to win two categories, ”putting our customers at the heart of everything we do is our core philosophy.  The winning entries were praised for their stand-out responses to customer care - proof that Sedgwick colleagues live and breathe this principle.  I’m proud of the teams’ tireless efforts to maintain this above and beyond approach”.

Meanwhile, Ageas scooped the award for Claims Team of the Year after the insurer impressed the judges with its “strong focus empowering their people”.

Robin Challand Ageas’s claims director, said: “Winning this award is superb recognition for the great work done last year embedding systems and people into a new way of working and I’d like to personally commend our household claims team. 2020 has brought new challenges, not least in the form of extreme weather events and the impact of Covid-19, and despite this our people continue to strive for claims excellence.”

In the area of product solutions, Countrywide Hearing was awarded Claims Product Solution – Claims Management, impressing the judges with its rapid turnaround and specialist knowledge.

A spokesperson for Tractable said: “Our ‘AI Estimating’ solution is a step change in how insurers in the UK and abroad resolve claims, through accelerating decisions at FNOL with just a few photos - all while the customer is on their initial call to the insurer.

”We’re delighted that the judges recognise the impact of our solution, which is making a difference today for insurers, such as Ageas in the UK, and for policyholders across the world, by returning vehicles to their drivers after an accident more quickly than was previously possible.”

RightInDem was highly commended in this category.

VisionTrack won Claims Product Solution of the Year – Motor after it presented an “outstanding platform that used video telematics to improve claims handling” in its entry.

Claims Service Solution of the Year went to Digi2L, as the judges were wowed by the firm’s ability to handle a “multitude of claims so quickly”.

Lastly, Pact Global walked away with Fraud Solution of the Year for its “well-rounded, future-based product” that used data and machine learning.